The Beginning of the End for the US Dollar

The enormous amount of recent world news is mostly noise or propaganda. Rather than provide objective analysis, the mainstream media (MSM) -TV, internet, newspapers, etc.- produces a narrative which is what they want the public to consume.

In the case of the Russia-Ukraine conflict, the MSM says that Ukraine and its President Volodymyr Zelenskyy are always the good guys, while Vladimir Putin and Russia are the bad guys.  We really don’t know if that is true, because the narrative is so one sided.

However, there are a few good interviews where you can judge for yourself.  Please view the April 3rd CBS Face the Nation interview with Zelenskyy,  which we found to be very informative.

In this article, we focus on issues of critical importance for the macro economy and our political future.

There are three major themes to examine:

1. Russia and the global split between the East and West.

This marks the end of “Globalism,” as noted by Larry Fink of BlackRock (the world’s biggest asset manager) who said that Russia’s invasion of Ukraine is reversing the long-running trend of globalization.

Currently, the world is largely split into two main factions: The “East” (consisting of Russia, China, India, Brazil, and the countries of China’s Belt and Road Initiative) vs. the “West” (US, Canada, European Union, NATO, Japan, South Korea, Australia, New Zealand). There are a few countries, like Saudi Arabia and UAE, which straddle these two groups.

This division of nations will have negative consequences for global trade and will lower living standards everywhere, in my humble opinion.  That’s because a decline in world trade causes more costly production of goods and services, which results in less of everything at reasonable prices.

The tumultuous turmoil between “the people” versus “corporatism” first became obvious with the UK vote for Brexit in 2016, which was followed by the election of Donald Trump as US president several months later.  Those events were shocking to corporations who wanted “Open Borders” and “Free Trade” (cheap labor and non-tariff products).

Subsequently, multi-national corporations went to political war with anyone who promoted nationalism, or what was protecting the jobs of citizens in the “Nation State.”

This is the basic background of how we got here, and the essence of the problems society faces today.

3. The beginning of the end of the dollar as the world’s reserve currency.  Which is addressed later in this article.

Canceling All Things of Russian Origin:

The war between Russia and Ukraine, caused the “West” to institute “sanctions” targeted at Russia’s economy and President Vladimir Putin - to punish him for the war and promote regime change in Russia.  We warned readers this might happen last December in our post titled, “Russia-Ukraine-NATO Flash Point Bears Watching.”

The current trend to cancel all things Russian, even Tchaikovsky concerts, is a warning sign because it’s the same kind of thinking used during the totalitarian Soviet Union regime.  This type of cancellation culture can be very harmful, according to Gary Saul Morson, a Northwestern University professor who has studied Russian literature and thought for decades. Morson is also the author of a new book, “Minds Wide Shut: How the New Fundamentalisms Divide Us.”

“This should be a warning sign when you start thinking that because President [Vladimir] Putin does horrible things in Ukraine, we must stop listening to Tchaikovsky. What’s going on here? How far can such thinking go?” Morson said on the March 26th NTD News “The Nation Speaks” program.

“To me, it’s reminiscent of exactly how the Soviets thought. They certainly divided the world into all good and all bad. And so, literally anything you did that hurt your enemy was good. And that was the basis of their morality. It is what led to the horrors of Soviet behavior to killing millions of people,” Morson added.

The US used similar tactics on the Japanese in 1944 with internment camps.  The Supreme Court affirmed the actions in one of the worst cases in US history [1.].

Note 1. In Korematsu v. US (1944), the Supreme Court upheld (6–3) the conviction of Fred Korematsu—a son of Japanese immigrants who was born in Oakland, California—for having violated an exclusion order requiring him to submit to forced relocation during World War II.  The court discussed the constitutionality of internment camps for Japanese Americans during World War II with a ruling that declared “internment was constitutional.”

The attempt to break the Ruble has backfired as the Russian currency is now back to pre-Ukraine invasion levels. That’s clearly depicted in this chart:

Perversely, the Russian oil and gas demand contraction caused by sanctions helped to stabilize the Ruble and strengthen Russia’s current account balance. That will continue, especially if Russia is allowed to keep selling oil and gas as it’s doing now with (most of) Europe, India, and China. India has bought at least 13 million barrels of Russian crude oil since late February. That’s compared with some 16 million barrels for the whole of 2021, according to data compiled by Reuters.

If Russia imports less and exports more, it gets to keep more cash (a lot of it in US dollars) which will produce a large current account surplus. That surplus is projected to hit a record $200+ billion this year, according to the Institute of International Finance (IIF), due to rising oil prices. Russia is using that money to prop up the Ruble.

What was an attempt to punish President Putin is instead actually sanctioning western countries (especially Germany, which continues to buy commodity resources from Russia).

Russian sanctions have reduced the supply and have therefore driven up the price of those essential commodities.

Countries, like Germany, that continue to buy Russian oil, gas and other commodities must now pay in Rubles. The firm Ruble will thereby raise the cost of what those countries buy from Russia and weaken the US dollar at the same time.

This is significant because it shows that a country (like Russia) can demand payments in its own currency under certain conditions. If this continues, other oil producing nations may demand payment in their own currency.

Recently, the Saudi’s and UAE leaders refused to take phone calls from President Biden. Their relations with the U.S. have cooled to the extent that they may be thinking of pricing oil using a basket of currencies.  We wrote about that last year in our Petro-Dollar Shock post, but hardly anyone paid attention.

As a result, the dollar may soon be disconnected from oil purchases. Which brings us to….

The Beginning of the End for the US Dollar:

The dominance of the US dollar as the world’s reserve currency is now beginning to unwind. It’s not totally a coincidence that the 1st quarter of 2022 was the worst  for US debt since the Civil War.  The only other period with even worse total quarterly returns for 10-year Treasury’s or their equivalents was the 4th quarter of 1931, during the Great Depression, according to data since 1865.  Data compiled by Bank of America shows that the return on government bonds is on track for its worst year since 1949.

The dollar will take time to end its supreme status, but the beginning of the end has begun. The people of the Western Nations will all pay for the decisions of the world’s leadership, starting with US President Joe Biden.  As the dollar declines. price increases will accelerate.

Diplomacy has completely failed and will never return the world to the previous post WW II order and prosperity.  That is mainly due to the name calling and animosity between the two factions, especially the US, UK, and EU vs Russia. 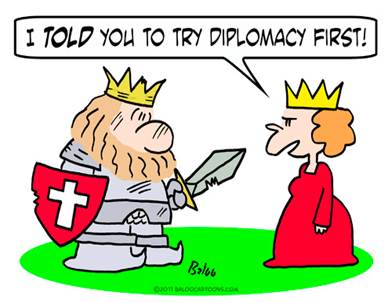 But diplomacy is not working: 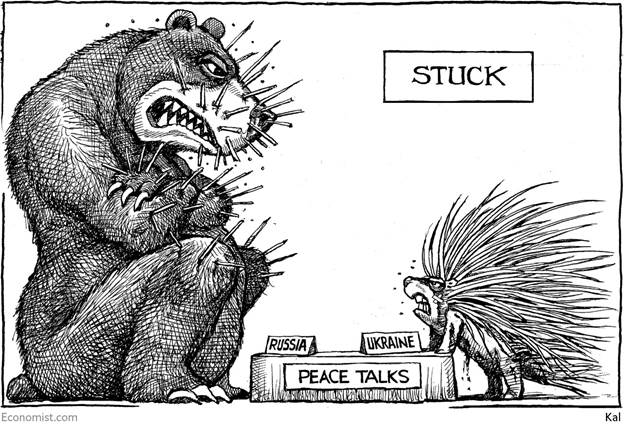 And Biden’s impromptu call for regime change in Russia:

“A diplomat is a person who can tell you to go to hell in such a tactful way that you’ll look forward with pleasure to making the trip.”

………………...attributed to Winston Churchill with no corroboration