A Potential Petrodollar Shock with a Huge Impact on Markets

We explore a scenario where Saudi Arabia, acting alone or with all of OPEC, could replace the U.S. dollar as the currency used to price its oil, thereby causing a dollar crash that would have a shock effect on many markets.

On his first day of office, President Biden issued an executive order canceling the Keystone XL pipeline — making good on his promise to the climate activists who helped get him elected, but inviting a lawsuit brought by 21 states who say they will be hurt economically by Biden’s decision.

That along with other anti-fossil fuel policies to effectuate “the green new deal” helped lift oil prices to + 50% this year. Biden then asked the Saudis to increase oil production to drive prices down [1.].  The Saudis said “no.”

Note 1. Rising oil prices and foreign policy blunders have sent Biden’s approval ratings to the low-to-mid 40% level as per this graph: 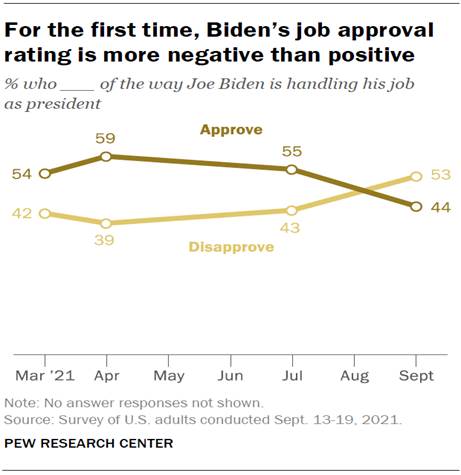 On June 18th, the WSJ reported that the Biden administration instructed the Pentagon to remove approximately eight Patriot anti-missile batteries from countries including Iraq, Kuwait, Jordan and Saudi Arabia.  The Terminal High Altitude Area Defense (THAAD) anti-missile system was also withdrawn from Saudi Arabia and jet fighter squadrons assigned to the region were also reduced.  Those assets had been moved into Saudi Arabia following a 2019 strike on their oil production facilities. While claimed by Houthi forces in Yemen, U.S. officials assessed that Iran was behind that 2019 attack.

On September 11, 2021, the FBI released the first document related to the 9/11 attacks after Biden ordered the declassification of more records.  Of consequence was a memo detailing "significant logistic support" that two of the Saudi hijackers received in the U.S.

After the U.S. defense support was reduced, the Saudi’s have been looking for one or more partners to protect themselves and the kingdom’s oil reserves.  For example:

1.  On September 14th, Greece announced it would be sending U.S.-made Patriot anti-missile batteries and soldiers to staff them to Saudi Arabia, to replace U.S. manned Patriots the Biden administration withdrew in April.

In an opinion piece, Kenneth R. Timmerman of the NY Post wrote:

“When Greece steps up to fill the vacuum left by a U.S. pullout, it gives you a measure of just how far the United States has retreated from the world stage over the past nine months. This is not the Greece of Alexander the Great, but today’s Greece. Nearly bankrupt just a few years ago, Greece has now replaced the United States as defender of the world’s largest oil producer. Ouch.”

2.  Saudi Arabia has asked Israel about the possibility of procuring their missile defense systems, because of the U.S. defense systems the Kingdom has for so long relied upon have been removed.  The Saudis are considering either the Iron Dome, produced by Rafael, which is better against short range rockets, or the Barak ER, produced by IAI, which is designed to intercept cruise missiles. Israeli defense sources told Breaking Defense that such a deal would be realistic, as long as both nations received approval of Washington.  One source added that Saudi “interest in the Israeli (defense) systems has reached a very practical phase.”

If this tit for tat continues, one day soon we’ll see Saudi Arabia ending the Petro Dollar [2.] monopoly of the U.S.  They very well could persuade OPEC to ditch the dollar or take unilateral action to do so.

Note 2. Petrodollars are U.S. dollars paid to an oil-exporting country for the sale of crude oil. The petrodollar system is an exchange of oil for U.S. dollars between countries that buy oil and those that produce it.  Oil importing countries pay for that commodity in U.S. dollars, which bolsters the greenback as the world’s reserve currency.

In my view, Saudi Arabia will look to a basket of currencies plus Gold/Silver to set the price of oil, as no other country’s fiat money today can be a reserve currency to replace the dollar.  To be a reserve currency, a large and liquid debt market is required to invest in.  You also need open and transparent capital markets. China’s Yuan is out of contention on that basis, even though China is the world’s second largest economy and closing the GDP gap with the U.S.

Naturally if a currency was devalued too much in a year, the Saudis could lower the weight, and increase the percentage of stable or appreciating currencies.

In June 2019, Reuters reported that Saudi Arabia was threatening to sell its oil in currencies other than the dollar if Washington passes a bill exposing OPEC members to U.S. antitrust lawsuit. The No Oil Producing and Exporting Cartels Act (NOPEC) was a U.S. Congressional bill, never enacted, designed to remove the state immunity shield and to allow OPEC, and its national oil companies to be sued under U.S. antitrust law for anti-competitive attempts to limit the world's supply of petroleum and its consequent impact on oil prices.

Should this Petrodollar replacement occur, it would cause severe havoc in the U.S. and the rest of the western world. The dollar would sharply decline and that would cause U.S. inflation to spike. Stocks would immediately decline, while gold prices would increase sharply as markets went into chaos.

Is such a potential shock likely? I believe so, but governments have a lot of power to get around problems. One should be aware that Saudis de facto “iron man” leader, Mohammed Bin Salman al Saud (MBS) -pictured below, could make this decision for the Kingdom without OPEC's approval. 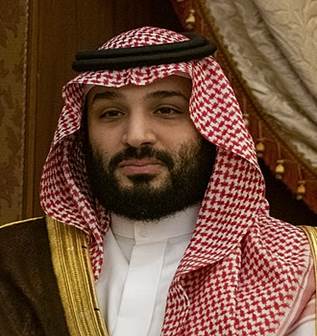 If it was announced on a weekend, many world equity markets would be limit down on Monday.

What happens when the Fed unwinds the air on this balloon? The dollar declines!

The Petro dollar release valve described above could be the catalyst to cause inflation to rise and equity bull markets to collapse.

All of this Fed money printing and manipulation of fiat dollars would embarrass a sorcerer from the 14th century.  It adds up to the magic of trying to make something from nothing without any consequences.

“Only the naive inflationists could believe that government could enrich mankind through fiat money.”  Ludwig Von Mises