In the first of a two-part article on China, Victor reviews the new Hong Kong (HK) security law and offers an analysis of what it means for the former British Crown colony that was returned to China in 1997.  This piece is a follow on to our previous post titled: China Threatens Hong Kong’s Autonomy; Scraps GDP Targeting.

In the second article (later this week), the Curmudgeon will take a comprehensive look at China’s trade and aid policies considering perceived U.S. weakness due to the COVID-19 pandemic and ongoing riots in major cities.  China’s clandestine nuclear program will also be discussed.

On June 30th, China’s top legislature unanimously passed a new national security law for Hong Kong that entered into force in the territory the same day, just before midnight. The Chinese authorities forced the law through without any accountability or transparency.  It was passed just weeks after it was first announced, bypassing Hong Kong’s local legislature, and the text was kept secret from the public and allegedly even the Hong Kong government until after it was enacted.

An official English translation of the new Hong Kong Security law stipulates that a person who acts with a view to “undermining national unification” of Hong Kong with the mainland faces punishment of up to life imprisonment, depending on the severity of the offense.  Those acts are said to include crimes of secession, subversion, terrorism, and collusion with foreign forces.  Financial support for such activities is also a crime.

The new security law's provisions also state that damaging public transport facilities may be considered terrorism. Those found guilty will not be allowed to stand for public office.  The new law also laid out in broad strokes what could be deemed offenses by “terrorist organizations” and those who collude with foreign entities.

As expected, many Hong Kong residents vigorously protested the new security law (see photo below).  Those demonstrations followed a series of protests which began in 2019 in opposition to a proposed extradition law that would have allowed the transfer of fugitives to mainland China, among other jurisdictions.  While that extradition law was scrapped, the protests continued and escalated after the new security law was passed. 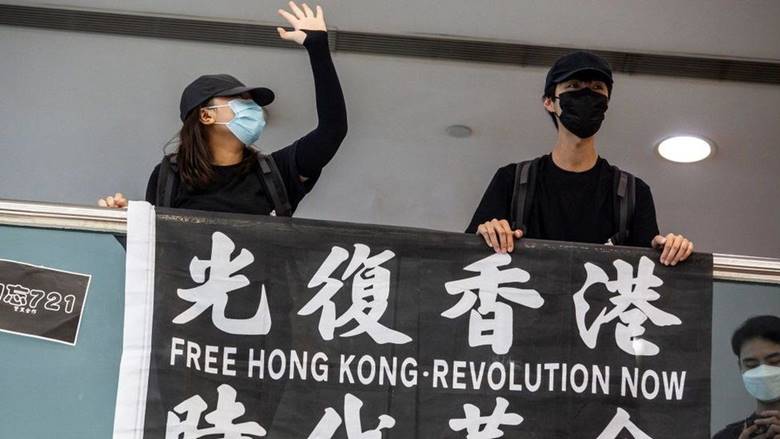 This unsettled political climate makes it hard to sustain confidence in the Hong Kong economy, which already plunged lower last year than during the severe acute respiratory syndrome epidemic in 2003, as Chief Executive Carrie Lam admitted.

For years, Hong Kong was one of the most successful nations in the world.  For example, median salaries were $71,184 while China workers earn about 40% less.  The average Hong Kong resident makes a great deal more because the territory has no capital gains tax (=0%) and a 17% maximum income tax, which will soon increase to 45%).

The territory was so prosperous, that you might be able to find a taxi driver that is worth $10 million!  That will soon change.

To quote “The Capitalist Manifesto” (1995) by James Dale Davidson: “There are many middle class people in Hong Kong with five to ten million dollars to invest...”(as told by a Chinese investor to Lord Rees-Mogg).

Recall that in 1997, China (via the China Communist Party or CCP) made a treaty to permit Hong Kong to have its own political system for the next 50 years.  Yet a little over 23 years later (July 1, 2020) China reneged on the deal, as one country two systems became one country one system.  That speaks volumes about the nature of dealing with Communist ethics (they have none).

This speaks volumes of who the CCP is and where its heading. In my view, China is the greatest enemy of America, not its trading partner. Money is what drives American businesses to want a relationship with the enemy (in this case China). This attitude is 180 degrees opposite the founders of the United States. Sadly, it makes China stronger and America weaker.

As a further encroachment of HK freedoms, China opened its new office to oversee the implementation of the national security law on July 8th. Hong Kong leader Carrie Lam joined her predecessors Leung Chun-ying and Tung Chee-hwa in marking the opening of the Office for Safeguarding National Security in Hong Kong. Chinese Communist Party officials were also present, and security was tight.

I view this move as China’s ﻿version of the “SS.” It turns Hong Kong into a total police state under Communist rule.

Since there are no property rights in mainland China which now includes Hong Kong, the value of Hong Kong real estate and manufacturing facilities have little value today. That’s surely likely to fuel an exodus from the territory.

A July 15th WSJ editorial titled: Hong Kong’s Endangered Elections states: “Hong Kong’s freedoms shrink by the day, but its people won’t give them up without a fight. Beijing fears an embarrassing defeat in the September Legislative Council elections, so it now seeks to outlaw political opposition.”

As a precursor to that September vote, hundreds of thousands of Hong Kongers chose avowedly pro-democracy candidates to run in citywide elections this year, in an unofficial primary election which Beijing says could be illegal under the new security law.  The choices indicated a desire to see the goals of the protest movement pressed within the government itself but could lead to an intensifying confrontation with the authorities, who could bar some from running.

Can China Trade be Trusted?

In its July 18th cover story, the Economist magazine states: “Huawei symbolizes the daunting rise of China Inc—and a global trading system in which trust has collapsed.” 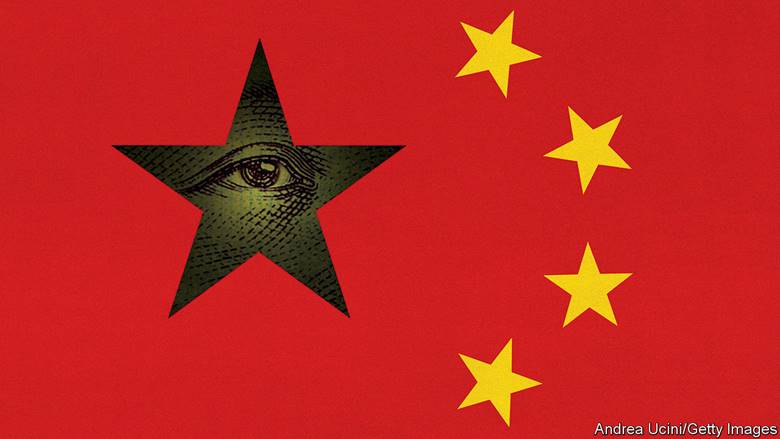 Yet China trade can’t be ignored, dismissed or diminished.  The world’s number two economy accounts for 13% of world exports and 18% of world market capitalization. It is also the dominant economic force in Asia.  The West cannot fundamentally change China or ignore it.

Fine, but how can the U.S. (or any free nation) trust anything China says with respect to trade?  Clearly, a new trade regime with China is urgently needed – one that recognizes China’s fundamentally corrupt practices.

The Hong Kong we once knew is gone.  It was gone as soon as China began the extradition bill last year, while the world stood silent and did nothing!  [Yet when Russia annexed Crimea, it incurred global condemnation and economic sanctions from the U.S., EU, Canada, and other allies.]

If the world yawns while China breaks its treaty and ends Hong Kong’s autonomy, the only recourse left for the great people of Hong Kong is to leave the territory for a safer county which is not threatened by China.

For Hong Kong to prosper and China, its liberties and civil rights should not be allowed to erode, and millions of Hong Kongers should not feel they have to leave the territory to escape China domination and control of their lives.  That will require a huge reversal in China policy!

China’s Communist totalitarian mindset is to take control of Hong Kong life so as not to allow any education or tolerance of independence, liberty, capitalism, or ideas of democracy.   They are afraid such measures of autonomy might spread to the mainland and “infect” the people of China.

The seven current Politburo (Standing Committee) members, control China and effectively make serfs of all the Chinese people. This is an incredibly sad spectacle, indeed.

Goodbye Hong Kong! A great example of freedom in practice is disappearing.  We now have one less country embracing freedom, democracy, and free trade.

And another classic from Chairman Mao:

“A revolution is not a dinner party, or writing an essay, or painting a picture, or doing embroidery. It cannot be so refined, so leisurely, and gentle, so temperate, kind, courteous, restrained and magnanimous.  A revolution is an insurrection, an act of violence by which one class overthrows another.”

— From “Report on an Investigation of the Peasant Movement in Hunan,” by Mao Zedong

Stay calm, safe, and healthy.  Make the most of each day and try to accept the reality of life under a pandemic (that’s not easy).  Good luck and till next time…...