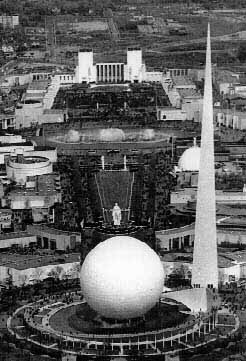 The fourth and final bear market of the 1930s was preceded by a brief buying panic that began in August of 1939. That was the same month that Germany and Russia stunned the world with a nonaggression pact leading many observers to fear that a second world war was imminent. On September 1, 1939, those fears were realized as German divisions rumbled into Poland. After four years of failed appeasement with Germany, France and Britain declared war two days later. Nearly a decade of worldwide aggressions and confrontations had finally culminated into the second world war of the century. The U.S. immediately declared its neutrality, but Wall Street was giddy with the prospects of providing the combatants with the materials needed for war. Brokerage houses encouraged the buying frenzy by publishing statistics on how well the so-called "war bride" stocks performed at the outbreak of the first world war. The press was enthusiastic as well with Business Week presenting an article titled "War makes it sellers' market" in early September. By mid-September, Nation magazine ran an article titled "Boom is on." From a low of 131 in late August, the Dow rallied to a peak of 155 (a gain of almost 20%) by the middle of September (including a one day gain of 7.3% near the outbreak of the war). The rally was substantial, but the Dow was still below 1937's peak of 194 and 1938's peak of 158. Unfortunately for the Bulls, the buying panic was now over and the Dow would not trade at 1939's peak of 155 again until near the end of the war in 1945. 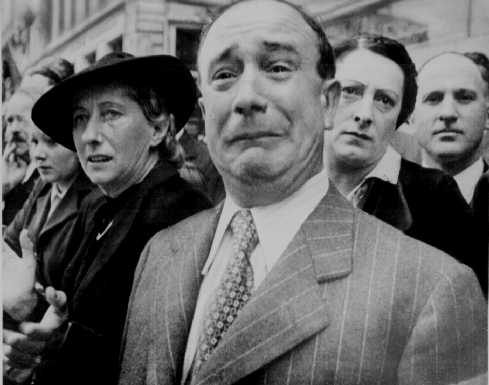 In the first few weeks of World War II, Germany's new blitzkrieg tactics quickly overran Poland. By mid-September, Russia entered the war by invading Poland from the east. French and British forces were unable to lend Poland their promised assistance and the gallant Poles were forced to capitulate to the overwhelming German-Russian forces by the end of September. During the "phony war" or the six month lull that followed the conquest of Poland, the Dow traded in a narrow 10 point range (145 to 155) as its initial exuberance at the outset of World War II faded. Wall Street was unmoved by Germany's successful incursions into Denmark and Norway in April of 1940, but its indifference would not last for long. One of the Dow's quickest, and most severe collapses in its history began with Germany's blitzkrieg into the Low Countries (Belgium, Netherlands, and Luxembourg) beginning in early May. The day before the "lightning war" into those countries commenced, the Dow stood at 148 which was only 7 points below its peak at the outset of the war eight months ago. In just one month's time, Allied forces were thoroughly routed and forced from the European continent in a humiliating evacuation at Dunkirk near the Belgian border. By mid-June, the German army marched into Paris and the French subsequently surrendered. During this period, the Dow plunged 25% to 111 as previously giddy investors realized that U.S. companies would have a hard time selling war products to defeated nations. The Dow's terrible decline was almost certainly exacerbated by a rumor (probably spread by the bears) that the New York Stock Exchange would be shut down. The rumor became so widespread that an early-June edition of Time magazine had an article titled "Stockmarket to be closed?" which speculated on its veracity. 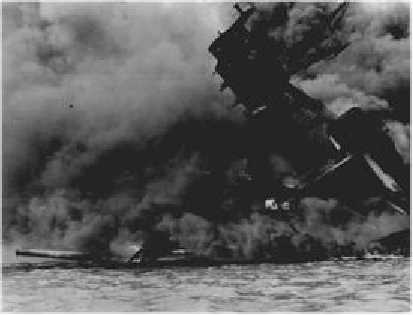 Over the summer and fall of 1940, the Dow stabilized and rallied back up to 135 (a 22% gain) as Britain fought off the Germans (Battle of Britain) to remain in the war. For the next year, the Dow traded between 115 and 135 as German forces scored additional victories in the Balkans and North Africa. In June of 1941, Germany began a massive invasion of Russia (Operation Barbarossa) which compelled the Soviets to join the Allies. Although neutral, U.S. sentiments were beginning to lean heavily in favor of the Allies and President Franklin Roosevelt (re-elected for an unprecedented third term in November of 1940) initiated the Lend-Lease program with Britain and Russia. On December 7th, 1941, Japan (already allied with Germany and Italy) launched a devastating surprise attack on the U.S. Pacific Fleet stationed at Pearl Harbor. The U.S. declared war on Japan the following day and three days later, Germany and Italy declared war on the U.S. Despite the apprehension that many Americans must have felt at this time, Wall Street had already discounted U.S. entry into World War II. The Dow set a new low of 106 in late December which was just 5 points lower than its bottom set in June of 1940 when most of continental Europe was conquered by the Germans. 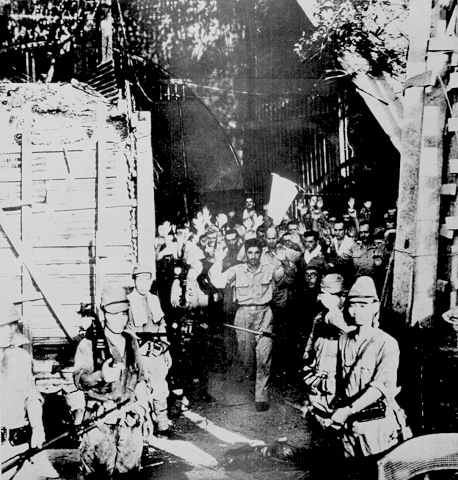 The secular bear market that began at the height of optimism in 1929, finally reached its bottom at the height of despair in the early spring of 1942.  After crippling the U.S. Pacific Fleet at Pearl Harbor, the Japanese went on to score major victories in the Philippines and the Dutch Indies to become the dominate power in the resource rich region.  In Europe, Germany controlled much of the continent and had just missed capturing the Russian capital of Moscow during the previous winter.  Britain was the last major power in the region and Germany's "Fortress Europe" was believed to be impregnable.  Fascism and totalitarianism enveloped the majority of European nations and democracy and liberalism appeared to be endangered species.  Even the U.S. itself wasn't immune as Japanese, German, and Italian Americans were deprived of their constitutional rights and forced into internment camps.  Investors who once thought that the good times would never end in 1929, now feared that stocks and the economy would remain depressed indefinitely.  The Dow reflected this sentiment and fell to its final low of 92 in late April with volume on the NYSE reaching only 300,000 shares traded.  This incredibly low volume (even lower than at the 1932 bottom which had over 700,000 shares traded) was indicative of a complete disdain for common stocks by investors.

Another indication of a lack of interest in stocks was the relatively small amount of press the stock market received.  Unlike the late 1920s, and even the 1930s, there were very few articles written concerning the stock market.  The few that were written were of course bearish.  In early March of 1942, Business Week ran an article titled "Wall Street Woes" and Nation had another titled "Wall Street in Two Wars."  Investor enthusiasm was so low, even a 9 1/2 percent dividend yield (compared to the Dow's recent yield of less than 2%) wasn't able to entice them to buy stocks.  Lack of interest in stocks practically dried up business on Wall Street.  A New York Stock Exchange seat was sold for a mere $17,000 compared to a peak price of $625,000 in 1929.  The leading economic experts at the time felt that a falling birthrate and a very heavy tax rate would perpetuate the gloom for many years even considering that the discount rate was cut from 1% to an all time low of 1/2%.  All of this pessimism developed as the Dow fell to its lowest level since 1934; a level which was originally reached in the early 1920s.

The Dow's bottom was close to the turning point in the war for the Allies.  In June of 1942, the U.S. won a decisive victory against the Japanese at Midway which left them on the offensive for the remainder of the war.  In October, the British defeated the Germans on land for the first time at El Alamein and by the end of the year, the Russians were on their way to completely destroying an entire Germany army at Stalingrad.  From its low of 92, the Dow began to slowly recover and reached 119 by the end of 1942 and was up to 142 by D-Day (June 1944).  Amid fear, despair, and pessimism, a spectacular secular bull market had begun and over the next 24 years, the Dow would gain almost 900 points.