Message to the Fed: Grave Dangers of a Hard Landing

In the words of Oliver Hardy of the famous “Laurel and Hardy” comedy duo: “HERE’S ANOTHER FINE MESS YOU’VE GOTTEN ME INTO!”

At a news conference last Wednesday, after the Fed raised rates the expected 75 bps, Chairman Jerome Powell said the Fed had increased its Fed Funds dot plot from 3.4% in June to 4.4% by year-end, implying another 125 bps of hikes over the next two FOMC meetings in November (six days before the U.S. mid-term elections) and AGAIN at its December meeting (Merry Xmas)! That would bring the Fed Funds rate much higher (4.4% or 4.25-4.50%) than expected by the end of 2022. In addition, the Fed’s 2023 dot plot was bumped up by another 20 bps.

“We believe a failure to restore price stability would mean far greater pain later on,” Jerome H. Powell, the Fed chair, said. He acknowledged that the Fed’s rate increases would raise unemployment and slow the economy.

-→Thought Fiona was bad?  Get ready for Hurricane Fed! 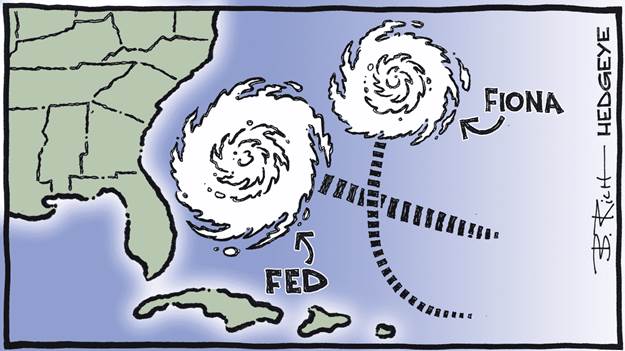 1. Bill Zox portfolio manager at Brandywine Global said, “As the Federal Reserve vows to continue raising interest rates to tamp down on inflation, investors should brace for additional hikes of 75 basis points in the future.”

“I believe 75 is the new 25 until something breaks, and nothing has broken yet,” Zox said. “The Fed is not anywhere close to a pause or a pivot. They are laser-focused on breaking inflation. A key question is what else might they break,” he added.

"Based on our client discussions, a majority of equity investors have adopted the view that a hard landing scenario is inevitable, and their focus is on the timing, magnitude and duration of a potential recession and investment strategies for that outlook," wrote Goldman analyst David Kostin.  He said inflation has proved more persistent than expected and is unlikely to show clear signs of easing in the near term, leading to even higher estimates of Fed tightening.

"Most portfolio managers believe that in order to corral inflation the Fed will have to hike rates sufficiently high that it will result in a U.S. recession at some point during 2023," Kostin added.  His remarks early Friday morning likely contributed to the market’s big selloff with the DJI making a new yearly low.

3.  BofA Global Research strategists wrote in a client note that the dramatic losses in bonds (much more below) imperils “the world’s most crowded trades”:  the dollar, U.S. tech stocks, and private equity. The threat of a “credit event”—the polite term for a crash—also looms.  The preconditions that led to the October 19, 1987, crash are mostly present, BofA warned. These include a volatile geopolitical backdrop, abnormal U.S. markets far outperforming the rest of the world, and the lack of international coordination.

Curmudgeon: Unlike 1987 when the U.S. dollar was weak, this time it’s super strong (DXY +21.1% in last year), which could precipitate a currency crisis.  Developing countries could default on their sovereign debt while overseas inflation (especially for oil which is priced in dollars) would accelerate till something breaks.

BofA thinks there is more pain for markets ahead and they don’t see an ultimate stock market low until yields peak.

Since the U.S. is currently in a RECESSION (or ZERO economic growth as the Fed forecasts) further rate increases coupled with QT (Fed’s balance sheet to decline $95 billion per month until further notice), ensures a “hard landing” or serious recession.  It could get worse.  We should be prepared for a “Depression” and the markets to thereby CRASH!

Conversely, what would make the markets (stocks, bonds, gold, commodities, etc.) rally?  Let us know if you have an answer!

Once a nation is in a Depression it does great harm, as large amounts of capital are lost, especially to small businesses which go bankrupt. That greatly increases unemployment as small businesses hire the most workers. Therefore, getting out of a depression economically is very difficult.

Rosenberg Research: “The die is cast. The Conference Board's LEI fell 0.3% in August and is down six months in a row at -5.3% SAAR. This has a 100% track record of predicting recessions back to 1959. Same pattern we saw from June-November '07. Recession started in January.”

The problem we face is not an economic issue. It is due to the politicians at the Fed that want to change reality.  Jerome Powell is a Federal Reserve Chairman who casually dismisses the monetary lessons of Milton Friedman and does so not only at his own peril, but the country's.

The Fed’s fantasy of wanting to cure inflation quickly is by hiking interest rates at record rates and driving markets down. A better course would be to limit money supply growth to 4-5% annually without jumbo rate hikes at every FOMC meeting.

Sidebar– Unemployment is a Lagging Indicator:

The amount of propaganda to fool the public on this not being a recession reality is like listening to TOYKO ROSE, as it repeats over and over.

What new mess has Fed Policy caused in 2022? Using the Fed’s power to crush the people, under the excuse of lowering inflation?

In the last 97 years when did the U.S. T-Bond/T-Note markets act like today under all conditions?  NEVER! 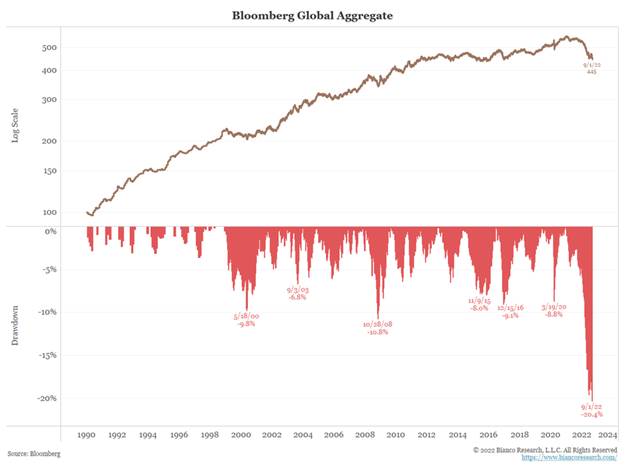 In my 54 ½ year involvement with markets, I’ve never experienced anything like 2022!  As noted in previous fiendbear.com posts, all asset classes are down this year.  Bear markets everywhere with no place to hide!

Only the U.S. dollar has risen, but that is a negative for American investors in foreign stock and bond funds as well gold/ precious metal funds!

Even oil, which increased strongly in the beginning of the year, is now trending down in a big way.  On Friday, December WTI Crude Oil futures declined -$4.06 while the Profunds Oil and Gas 1.5X index mutual fund (ENPIX) was down -11.33%.

Unleveraged gold and precious metals mutual funds were down 4.5% to 5% on Friday and are deeply negative for 2022 after being up through February.  One of the oldest such funds- VanEck International Investors Gold Fund Class A (INIVX) - is currently at a 52-week low and -32% 2022 YTD.

--->Aren’t gold and gold/precious metal funds supposed to increase in value when inflation is high and above trend?

Market Comments (Victor and the Curmudgeon):

While the financial markets have been pummeled in 2022, the global economy has just begun its bubble popping phase.  As a result, expect a serious decline in corporate earnings as FedEx, GE and Verizon warned two weeks ago.

Also, lower valuations due to higher interest rates should take the S&P 500 P/E down to the 12- 14 times area, assuming the Fed does not stop raising rates or end QT.

Jason De Sena Trennert, who heads Strategas Research, sees a profit recession that could cut 2023 S&P 500 earnings to just $200. BofA has persistently warned that earnings estimates are too high. The falling earnings estimates could mean the next leg of the bear market is upon us, Trennert concludes. 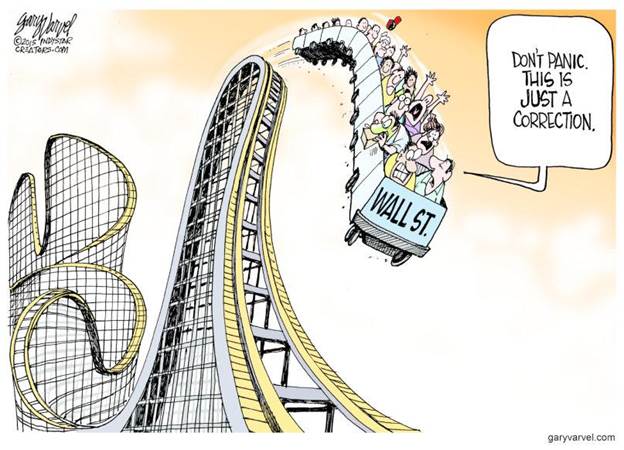 Watch BBB and CCC Corporate bond ETF’s which are now at (LQD) or approaching (HYG and JNK) the lows of March 2020. The junk bond defaults that would occur in a serious recession or depression would be much worse than the Lehman Brothers bankruptcy in September 2008, which froze credit markets for months.

Powell and his gang of Fed cohorts have no idea what they are doing.  Continuing with jumbo rate hikes and QT when inflation is trending down and zero U.S. economic growth this year? Be prepared for chaos and crashing markets!

The Road to Serfdom:

“Society will develop a new kind of servitude which covers the surface of society with a network of complicated rules, through which the most original minds and the most energetic characters cannot penetrate. It does not tyrannize but it compresses, enervates, extinguishes, and stupefies a people, till each nation is reduced to nothing better than a flock of timid and industrious animals, of which the government is the shepherd.”  …………………………………. Alexis de Tocqueville 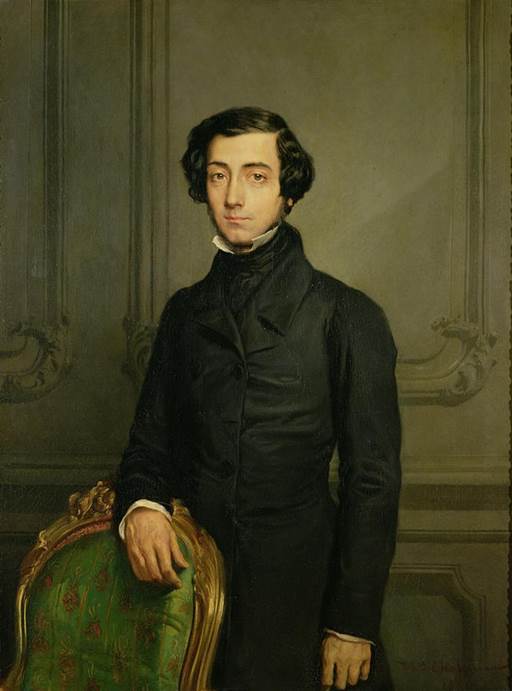 Be well, stay healthy, try to cope with the financial chaos to come. Wishing you peace of mind, and till next time………