We examine a myriad of important topics this week in two related posts.  Please let us know what you think of our work.  We reply to all reader comments.

On Friday, FedEx cut its revenue forecast by half a billion dollars and warned that volumes were slowing down as “macroeconomic trends significantly worsened.”  The package delivery company is a bellwether for the economic outlook and is highly sensitive to global monetary conditions.

The news sparked fears of a global recession and sent FedEx stock tumbling almost 22% - the biggest single day decline in the company’s history (even worse than the October 19, 1987, stock market crash)!

FedEx CEO Raj Subramaniam, explained the reasons why his company decided to retract earnings/revenue guidance during an interview with Jim Cramer of CNBC.

“I’m very disappointed in the results that we just announced here, and you know, the headline really is the macro situation that we’re facing, We are a reflection of everybody else’s business, especially the high-value economy in the world,” he concluded.  The volume decline in every sector around the world...and the weekly numbers are not too good.”

Cramer then asked the new FedEx CEO whether the global economy is “going into a worldwide recession.”  Subramaniam replied, “I think so. But you know, these numbers, they don’t portend very well, the U.S. is slowing down too,” he concluded.

Earlier this past week, CEOs of General Electric Co. and Verizon Communications Inc. also noted signs of economic troubles. GE’s Larry Culp said managing supply chains remained difficult, threatening to slow deliveries and push up costs.  Verizon’s Hans Vestberg said there had been a pickup in customer churn, or cancellations, after a recent price increase.  Vestberg told a Goldman Sach’s investor conference, “On the consumer side, we're still going have a negative net ads on phones in the third quarter.”

The manufacturing sector is also weakening. Industrial production fell 0.2% in August, coming in below consensus. While manufacturing output climbed 0.1%, it was also revised downward in July, more than erasing any gains.

On inflation, nine of the 12 Fed regions across the U.S. reported “some degree of moderation in price increases.” Yet prices are still rising.  Most business contacts “expected price pressures to persist at least through the end of the year.”

Separate surveys from the Federal Reserve Banks of Philadelphia and New York, published on Thursday, both showed negative growth in manufacturing, as well. For Philadelphia, August marked the third contraction in four months; New York notched its second straight contraction and fourth in five months.

“We’re beginning to observe the lagged impact of past policy hikes by the Fed,” says Joe Brusuelas, chief economist with the economic consulting firm RSM.  And the Fed intends to keep up its fast pace of jumbo-sized rate hikes at each FOMC meeting this year.  Sorry readers, no Fed pivot in sight!

Goldman's chief economist Jan Hatzius just raised his Fed Funds rate forecast by 75bps over the last two weeks, and now expect that the FOMC will hike by 75bps in September, 50bps in November, and 50bps in December to reach the bank's terminal rate forecast of 4-4.25% by the end of 2022 (other banks have the terminal rate rising as much as 5.0%).

In keeping with the Fed's stated intention of crashing the economy via a “reverse wealth effect,” Hatzius wrote that "this higher rates path combined with recent tightening in financial conditions implies a somewhat worse outlook for growth and employment next year."

Victor has repeatedly explained the danger to the economy (and markets) of aggressive Fed rate hikes.  He now says, “Today, we either have the dumbest FOMC members in history, or a Fed agenda we don’t know about or understand?”

From an email to the Curmudgeon on Sunday (September 18th):

“Our suite of 38 proprietary growth indicators depict a grim outlook for global growth, yet we are staring at one of the most aggressive (central bank) tightening episodes in history, with 85% of the global central banks in tightening mode. The Fed’s overarching focus on price stability raises the risk of policy error, especially as inflation surprises have trended down. And this tightening comes as many of our indicators, including the Global Wave, the Global News Pulse, and sector indicators from Truckload Demand to the BofA Memory Indicator, suggest weakness.

“An earnings shock is likely coming, indeed past economic recessions have always resulted in earnings contractions, an average of -24%.  Leading indicators suggest a cool off to -1% global growth and while all U.S. sectors but energy have seen cuts this quarter, we could be in for a lot more pain in case of recession.”

BofA’s latest Global Fund Manager Survey suggests allocations to global stocks are at an all-time low as depicted in this chart:

Many investors (and your authors) thought inflation had peaked and was headed significantly lower.  They all got a rude awakening from Tuesday’s higher than expected consumer price index (CPI) report. It battered stocks and sent the S&P 500 to its worst week since its June bear market bottom.

The Fed’s aggressive monetary policy has crashed markets this year.  There’s been no place to hide as all markets have declined in lockstep.  So much for the diversified balanced portfolio.

The only saving grace is that you can now get 4% on a one year T-Bill, which yielded only 0.07% 52 weeks ago!  Obviously, that’s due to the Fed’s super aggressive monetary policy this year which no one expected.

The Curmudgeon has been buying 26 week T-Bills, 2-year and 3-year T-Notes on Treasury Direct where there is no commission or bid-ask spread.  Sentimentrader notes that “smart money commercial hedgers in 2-, 5-, and 10-year Treasury note futures have built up near-record long exposure in those contracts.’

Rallies in bear markets are often sharp and swift.  They convince many that the “bull is back,” only to be disappointed when the bearish trend resumes in full force.  There is much emotional turmoil when hopes for the bear’s end are dashed, as occurred last Tuesday (September 13th).  All major market indexes dropped over 4% after the CPI came in “hotter” than expected.  The declines continued through Friday’s close.

The chart below depicts three significant counter trend rallies in the current bear market which started in early January 2022.

In a Bear Market most novice traders focus on PRICES, not VOLUME, which is relatively low on counter trend rallies.  In contrast, volume is relatively high in a Bull Market. This is best determined using a 20-day moving average of volume.

Short covering in a Bear Market is on light volume, as traders are quick to buy to cover short position and take profits. Only if you look at the volume will you get a very good indication of what the price move is based on, e.g., investors buying, traders looking for a quick trade or taking profits from short covering.

Even the calendar is against anyone looking to buy equities. September is the weakest month for the S&P 500 Index in data going back to the 1950s, and the index is already down more than 2%.

“Clients and the markets are very nervous,” said Victoria Greene, founding partner at G Squared Private Wealth, who says the US benchmark may push as low as 3,400, a 12% fall from current levels. “It’s too early for us to be dip buyers.”

October is the stock market’s most volatile month. Since World War II, the average volatility in October is 36% above the average for the other 11 months of the year, according to investment research firm CFRA. One reason is markets tend to struggle in the lead up to midterm elections, and this is a midterm election year. 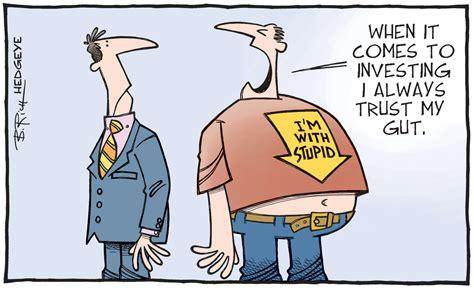 “The Fed needs to see inflation come down and is headed near its 2% target, but we’re a long way from that,” said Stephanie Lang, chief investment officer at Homrich Berg, who recommends being defensively positioned in favor of consumer staples and health-care companies.