I do not trust or use any data from the U.S. government, including agencies (e.g., the BLS, BEA, etc.), affiliates or even the institutions that are potentially influenced by the government’s power.  Instead, I do my own deep due diligence for “investment” purposes only.  That involves analysis of original source documentation with verification from credible sources.

A case in point are the three credit rating companies (S&P, Moody’s and Fitch) that in 2008 gave AAA ratings to pools of mortgage-backed securities before they went bust.  Can anyone forget the “mortgage meltdown?”

A more recent example of U.S. government deception was Friday’s non farm payroll report.  The BLS stated that there were 372,000 new jobs created in June 2022 SEASONALLY ADJUSTED (SA) with an unemployment rate of 3.6%.  But did anyone tell you that the number of people in the labor force declined by 353,000?

Analysts are citing the “strong jobs numbers” to permit the Fed to increase Fed Funds Rate 75 bps at their July 27th FOMC meeting with further outsize rate hikes at subsequent meetings.   The Fed Funds futures market projects a 92.4% probability of a 75bps rate hike and a 7.6% probability of a full percentage point increase (vs 0% one week ago).  Wow!

The BLS employment data is “seasonally adjusted” to show what they want the public to believe which provides the rationale for the Fed to execute the monetary policy they desire.

The BLS reported on Friday (emphasis added): “The labor force participation rate was 62.2%, while the employment-population ratio was 59.9%.  Both measures remain below their pre-pandemic February 2020 values.  The number of persons not in the labor force who currently want a job was essentially unchanged at 5.7 million in June. This measure is above its February 2020 level of 5.0 million. These individuals were not counted as unemployed because they were not actively looking for work during the 4 weeks preceding the survey or were unavailable to take a job.”

However, the BLS does not openly state the total number of people who are not counted as part of the labor force. You have to search for the “U.S. inactive labor force: seasonally unadjusted monthly number May 2022.”

In May 2022, the inactive labor force amounted to about 99.52 million people in the United States. Labor Force measures are based on the civilian non-institutional population 16 years old and over.  So, 99.52 million people are not working and not counted due to the criteria the BLS creates!

Monthly number of inactive labor force of the United States from May 2021 to May 2022 (in millions, not seasonally adjusted)

In summary, the BLS makes and changes the job number rules to make the U.S. economy look better than it is.  The BLS is composed of 12 people, almost all academics, that effects the lives of 334.8 million people living in the U.S.

Permit me to quote someone who voiced similar skepticism. Josiah Charles Stamp, 1st Baron Stamp (21 June 1880 – 16 April 1941) was an English industrialist, economist, civil servant, statistician, writer, and banker. He was a Director of the “Bank of England” and chairman of the London, Midland and Scottish Railway.

Stamp said: "The government are very keen on amassing statistics. They collect them, add them, raise them to the nth power, take the cube root and prepare wonderful diagrams. But you must never forget that every one of these figures comes in the first instance from the chowky dar (village watchman in India), who just puts down what he damn pleases." (Stamp recounting a story from Harold Cox who quotes an anonymous English judge).

The CPI, for example, is 100% subjective, does not measure anything accurately and can be manipulated to be anything the BLS wishes it to be. The CPI is used politically to paint a picture of what the U.S. government wants the public to see and believe?

The U.S. is in a recession according to the age old definition of two consecutive declining quarters of GDP (unofficially as 2nd quarter GDP has yet to be reported). The NBER will determine when it started, how deep it will be, and when it ends in about nine months after it ends. That is purely for historic purposes and has nothing to do with investing.

There are several other signs of a recession: all time low in consumer confidence with nearly half of respondents saying inflation is eroding their standard of living, super strong U.S. dollar (“flight to safety”) which curtails bank lending, Dr Copper is in a bear market (making a 17-month low on July 1st), retail sales fell 0.3% in May and rose less in April than initially reported, demand for real estate has fallen (due to higher mortgage rates) and construction of new homes has declined, inverted yield curve (2 year yield > 10 year yield) is a classical signal for an imminent recession, M2 growth is slowing to a snail’s pace (see below), VC and angel investments in start-ups have declined to their lowest level since 2019 dropping 23% over the last three months, commodities have reversed and are all now in intermediate term downtrends.  There’s more……….

The latest national Monmouth poll is just a massacre. Since April 2021, Biden’s approval rating has held steady or gotten worse in every single Monmouth poll, and he is now at 36 percent approval to 58 percent disapproval, consistent with the general trend in which he continues to sink no matter which pollster is asking the questions. Eighty-eight percent of voters say the country is on the wrong track.

When Fed Chairman Jerome Powell admitted that inflation (he refers to price increases rather than money supply growth), was not transitory on 11/30/21, the esteemed Harris Poll showed Biden at 45% approve to 51% disapprove (-6% net disapproval). The polls of Biden’s performance have gone straight down from there to the current worst rating of any President at this time of term in office.

Does the Fed believe that if it pivots in September and causes stock and bond market rallies (with a lower Fed Funds rate increase than expected) that would help Biden and the Dems in the 2022 midterm elections? If so, that would be a “Keystone Cops“strategy.

Inflation and the Fed:

The Curmudgeon and I are 100% for bringing down the rate of growth of price increases to help the economy and ailing U.S. public (especially those on fixed incomes). But we believe it should be done without “assassinating the patient.”

Powell has admitted he didn’t understand inflation.  Mr. Powell said in a 2021 congressional hearing, “M2 . . . does not really have important implications. It is something we have to unlearn, I guess.” He and other central bankers must “unlearn” their disdain for monetary analysis before they make another egregious error.

As we’ve repeatedly stated and documented in previous Curmudgeon posts (many), inflation is always and everywhere a Monetary Phenomenon.  The Fed finally gets that message. In the three months before June (when quantitative tightening began), allowed M2 growth to plunge to an anemic annualized growth rate of 0.1%.  When broad money growth falls to near zero, nominal spending contracts and a recession begins, according to a WSJ editorial by John Greenwood and Professor Steve H. Hanke.

For sure, shortages and supply chain bottlenecks can also raise prices, but those are for specific goods or commodities, not the “general continuous” price increases the U.S. is now experiencing. As we’ve explained many times, that was caused by the Fed’s ultra-easy “free money party,” and U.S. federal government stimulus payments. Now it seems the Fed wants to overcompensate with huge rate increases while the economy is showing weakness almost everywhere.

It is extremely rare for the Fed to be raising rates, especially by 75bps per month, when the U.S. is close to or already in a recession.

Does the Powell led Fed realize that would cause a recession to deepen?

Is the picture below anyone familiar to you? 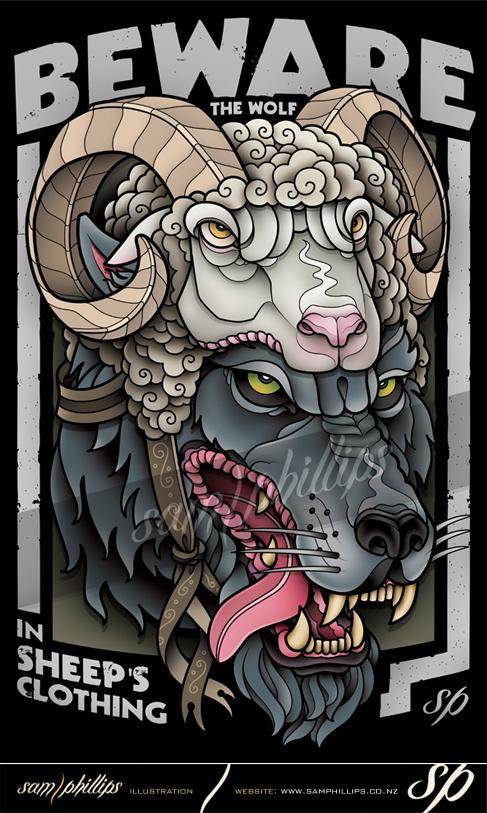 Economists expect that the CPI for June 2022, to be released on July 13th, will hit a fresh 40+ year high of 8.8%, according to a poll conducted by Reuters. [The monthly core index is forecast to decline to 5.8% from 6.0% in May.] The CPI probably rose nearly 9% in June from a year earlier, based on the median projection of economists in a Bloomberg survey.  If those forecasts are correct, count on a 75 bps Fed Funds rate hike at the FOMC meeting on July 27th.

Another quote by Sir Josiah Stamp:

“Banking was conceived in iniquity and was born in sin. The bankers own the earth. Take it away from them, but leave them the power to create money, and with the flick of the pen they will create enough deposits to buy it back again. However, take away from them the power to create money and all the great fortunes like mine will disappear and they ought to disappear, for this would be a happier and better world to live in. But, if you wish to remain the slaves of bankers and pay the cost of your own slavery, let them continue to create money."   Said to be from an informal talk at the University of Texas in the 1920s.

Be well, stay healthy, try to find diversions to uplift your spirits (Curmudgeon goes to live concerts and MLB games), wishing you peace of mind, and till next time………