Long term, no one is more bearish on the U.S. dollar than I am.  However, in the intermediate term, there are factors such as relative interest rates, geopolitical risks (like Russia’s war in Ukraine possibly spreading to Eastern Europe), ECB not fighting inflation in Europe, etc.  We examine those dynamics in this article.

There are also elections in France (second round on April 24, 2022) and the U.S. midterms (on November 6, 2022) that will be of critical importance for the dollar’s exchange rate.

It seems highly unusual for the dollar to be hitting two-year highs with all the negative domestic news (budget and trade deficits, national debt, homelessness, etc.) and with talk of other currencies being substituted for the dollar, e.g., the Yuan and Ruble.  We touched upon the Ruble in a recent Curmudgeon column:

“Countries, like Germany, that continue to buy Russian oil, gas and other commodities must now pay in Rubles. The firm Ruble will thereby raise the cost of what those countries buy from Russia and weaken the US dollar at the same time.

This is significant because it shows that a country (like Russia) can demand payments in its own currency under certain conditions. If this continues, other oil producing nations may demand payment in their own currency.”

One way to understand foreign exchange rates is to look at the currency components weighting for the widely followed U.S. Dollar Index (DXY), which includes: Euro, Japanese yen, British pound, Canadian dollar, Swedish krona and Swiss franc (<<1%).  Many of those currencies, like the Euro and Yen. are now making multi-year lows and thereby driving up the DXY cash and futures prices.

Here’s a one-year chart of the cash DXY:

The front month June 2022 DXY futures contract has the Euro at 57.6% weighting and the Yen at 13.6%.  Together, that’s 71.2% of the U.S. dollar index. The Euro and Yen have been very weak, which makes the dollar relatively strong.

In particular, the Yen slipped to a fresh 20-year low (in the upper 126 level) against the U.S. dollar in Tokyo on April 15th, as it continued to face selling pressure fueled by the prospect of a widening gap between the monetary policies of the Bank of Japan and the U.S. Federal Reserve.

Japan has the largest debt to GDP ratio of any major nation. The BoJ thereby cannot raise interest rates like almost all nations are doing (while the U.S. Fed continues to talk about).  The Yen is crashing vs the dollar, which might be great for Japan’s exports, but bad for Yen currency holders.

The Euro has far greater problems than Japan. It seems that European countries are committing economic suicide by threatening to cut off the purchase of Russia produced oil, gas, and other critical commodities.  The continent cannot replace the commodities from Russia, that are needed for its economy to function. 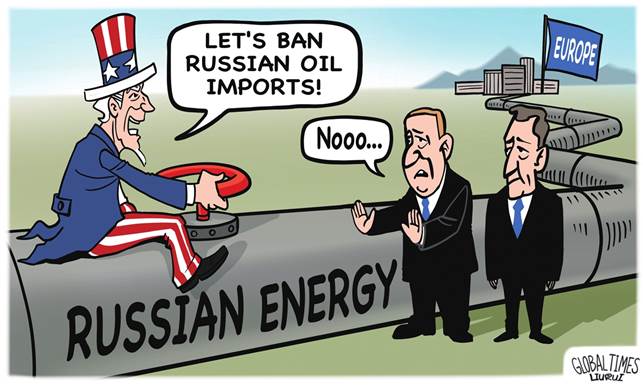 Europe says they won’t pay Russia in Rubles for what they are now buying from Moscow despite Putin’s threats to cut off gas sales.

I believe Europe is going into recession, if not already in one.  That will likely weaken the Euro further, which will support a firmer U.S. dollar.

Not raising interest rates to stop accelerating inflation (at 7.5% YoY in March) in Europe is a bad ECB policy decision, in my opinion. QE is alive and well in Europe till at least the 3rd Quarter of 2022 when the ECB says it will conclude its asset purchasing program.  The ECB said it would lift interest rates “sometime after” it had halted net asset purchases.

From the Financial Times:

(ECB President) Christine Lagarde refused to rule out raising interest rates this year in response to the European Central Bank’s “unanimous concern” about soaring prices, fueling increased investor bets that it will raise borrowing costs several times in 2022. The ECB president said inflation risks were “tilted to the upside” after annual consumer prices in the Euro-zone rose by a record 5.1 per cent in January.

She backed away from earlier comments playing down the chances of the bank raising rates in 2022 because of “the situation having changed” and said it was “getting much closer” to hitting its target on inflation. Lagarde said there was “consensus” among ECB policymakers on its decision to -keep rates unchanged -and to pursue a “step-by-step” reduction in bond purchases this year. But a person familiar with the council said “one or two” of its members had called for an immediate tightening of policy.

And Euro interest rates are still negative!  The ECB’s deposit rate remains at negative 0.5%, while its refi rate stands at 0%.

àTherefore, the ECB has not done anything yet to curtail inflation.

The expansion of Russia’s war in Ukraine is a major threat for Europe.  In a late-night address posted Saturday to his Telegram channel, Ukrainian President Volodymyr Zelenskyy said that Russia is targeting the whole of Europe with its aggression and that stopping the invasion of Ukraine is essential for the security of all democracies.

For the past 76 years, any geopolitical threat to Europe resulted in money moving to the U.S. for safety. That’s particularly true of corporations, and institutions, like pension plans and foundations.

U.S. Interest Rates on the Rise:

Yields on short term U.S. T- Bills and T - Notes have been rising at a very fast pace this year due to the continuous rhetoric of the Fed quickly raising rates to very high levels by the end of the year.

All these Treasury yield increases came despite ONLY an actual 25 bps Fed Funds increase on March 16, 2022.  (I believe they were due to talking threats by the Fed and investment banks of Fed Funds going to 3% by year end.).

Geopolitical risk in Europe and strongly rising interest rates on short term U.S. government debt are causing a massive movement of institutional money to flow into the U.S.  That’s depicted in this image with the U.S. $ in the center, the Yen to the left and the Euro to the right: 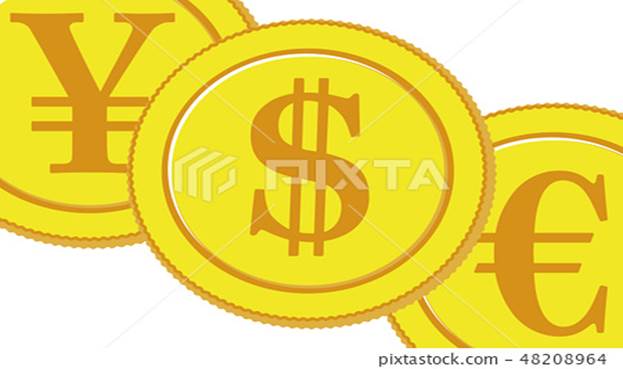 If you are a European buying the U.S. dollar you win on yield, an increasing dollar exchange rate and (most importantly) on the safety of the dollar (due to the absence of war and the U.S. government/ military protecting dollar assets).

Here are a few famous quotes about Fiat Money: 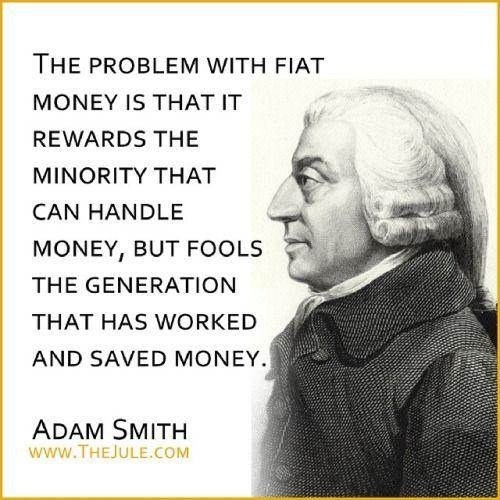 “At the end fiat money returns to its inner value—zero.” - Voltaire