“Just the facts Ma’am” is the theme of this article.  That quote is from the popular Dragnet TV series, which aired from 1951-to-1959.

The BLS definition and components of the Consumer Price Index (CPI) have been changed many times over the years to make it more politically friendly.  Using “just the facts” from 1913 to date we find:

Today, price rises created from inflation (the increase in the M2 money supply) and shortages from supply chain disruptions are driving the markets.  The uncertainty from the Russia-Ukraine war is a close second.

Based on these fundamentals and technical analysis, I reiterate that U.S. stocks are in a “Bear Market” (re-confirmed with the Dow Transports making a new low for the year on Friday, April 8th). The “secondary correction” (bear market rally) from 3/8/22-to-3/29/22 is over, from my observation.

Recession and Effect on U.S. and French Elections:

I believe the U.S. and the European Union (EU) are going into a recession this year.  Sharply rising interest rates (see Consequences of Fed Policy below for details) are cascading throughout the economy in the form of higher borrowing costs, squeezing households and businesses alike. Car loans, credit cards and corporate debt all stand to get more expensive as rates rise.

That implies that the U.S. mid-term elections in November will be a big winner for the Republicans.  In a previous post, I wrote that “the last time there were six Fed rate increases in one year was 1994. The Dem’s lost 54 House seats, 8 Senate seats, and 10 Governors.”

On Tuesday, Matthew Luzzetti, Deutsche Bank's chief US economist wrote, "We no longer see the Fed achieving a soft landing (i.e., the Fed raising rates just enough to control inflation without causing a recession).  Instead, we anticipate that a more aggressive tightening of monetary policy will push the U.S. economy into a recession."

Deutsche Bank is the first major Wall Street firm calling for a recession and bear market in stocks.  Luzzetti thinks this view will eventually become consensus.

--> For another perspective, please see BoA’s hawkish Fed forecast below.

In addition, the critical French election’s second round will be held on 4/24/22.  It will be a potential game changer for the EU and rest of the world.

Marine Le Pen (viewed as a Donald Trump-like politician) has suddenly become a serious challenger to Emmanuel Macron, the current President of France.  Mr. Macron won the first-round election on Sunday with 28.5% of the vote ahead of Ms. Le Pen with 24.2%, according to polling firm Elabe. The French president now faces an April 24th showdown with Ms. Le Pen that polls say will be much more tightly contested than ever before.

At the beginning of 2022, the average interest rate on a 30-year mortgage was about 3%.  Today it stands at 4.72%, according to Freddie Mac. That translates into sharply higher borrowing costs for Americans looking to buy a home.  The 30-year mortgage rate is tethered to the yield on the 10-year Treasury note, which has increased to 2.715% in anticipation of future Fed Funds rate increases.

Meanwhile, the 2-year T note yield has climbed to 2.516% as per this one-year chart:

Summing up, bonds of all types continue to decline as the FOMC members bash the debt market with threats of much higher interest rates to come and talk of Quantitative Tightening (QT) to reduce the Fed’s balance sheet.

BofA’s U.S. Economics team has raised its expectations for Fed rate hikes. They are now looking for 50bps hikes in each of the next three meetings, with 25bps thereafter and a terminal Fed Funds rate of 3.25-3.50%.  That’s 25bps higher than its prior forecast.

BofA believes that risks to their Fed forecast are tilted to the upside. If inflation looks like it is heading below 3%, then their current call should be hawkish enough. Conversely, if inflation gets stuck above 3% then the Fed will need to raise rates until growth drops close to zero, risking a recession.

The bank expects inflation to peak with the March CPI and the rates team suggests this peak likely means a risk of lower nominal yields as inflation moderates. BofA is comfortable with its forecast of a 2.5% 10-Year T note yield by year-end 2022.

Energy and food shortages are beginning to cause riots in some nations.  For example, in Peru over food prices and in debt laden Sri Lanka over power blackouts.

More importantly, the Russia-Ukraine war is escalating.  Asset manager BlackRock maintains the likelihood of a Russia-NATO conflict is at a high level, even as the U.S. and its allies are working hard to prevent it.

Up till now, there’s been no serious talk of peace from any of the Western Nations, e.g., the U.S., UK, or the EU.  However, that may be changing based on UK Prime Minister Boris Johnson’s surprise visit to Ukraine on Saturday, April 9th.  Calling Russia’s war on Ukraine “inexcusable,” Johnson pledged to intensify sanctions on Moscow, “not just freezing assets in banks and sanctioning oligarchs but moving away from the use of Russian hydrocarbons.” He also promised Britain’s help with clearing mines left behind by Russian forces and said Britain would liberalize trade with Ukraine.

“What this war is certainly producing is a clarity about a vision for the future of Ukraine, where together with friends and partners, we, the U.K., and others, supply the equipment, the technology, the know-how, the intelligence, so that Ukraine will never be invaded again — so that Ukraine is so fortified and so protected that Ukraine can never be bullied again, never be blackmailed again, never be threatened in the same way again,” Johnson said at the news conference alongside Ukraine President Volodymyr Zelensky.

Last week, U.S. Chairman of the Joint Chiefs of Staff Mark A Milley warned of a “prolonged conflict” in Ukraine that could take years to end. “I think NATO, the United States, Ukraine and all the allies and allies that support Ukraine are going to be involved for some time,” Milley, the top U.S. military official, told the House Armed Services Committee.

Also, talk of nuclear weapons being used by Russia is insanity to the 10th power. One nuclear bomb would take civilization back 75+ years.  Anyone who mentions using Nukes is a complete nihilist and should be arrested for crimes against humanity

(Curmudgeon: as is the case with Russia’s persistent bombing and killing civilians in Ukraine).

Who will win a conventional (non-nuclear) war in Ukraine?  One classic slogan is:

“God is on the side of the big battalions.” —  George Bernard Shaw,

However, no winners would exist if nuclear weapons were to be used.

The first quarter of 2022 was one of the most volatile and difficult quarters in my 56-year career as a financial professional (starting in January 1966). The reason is the multitude of different factors affecting all the markets at the same time.

The coronavirus surges, high inflation, a multi -faceted war, a likely recession due to dramatic Fed Policy changes, a flat or inverted yield curve, a major debt market decline, all punctuated by weak political leaders more interested in power than the people they were elected to serve.  It’s been very challenging to live through all of this! 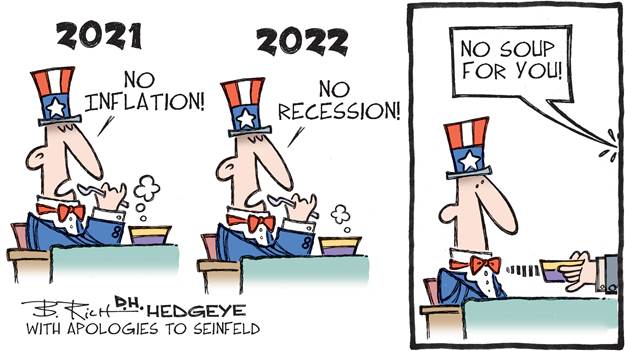 Perhaps these words are worth thinking about now:

“He who has a why to live for can bear almost any how.“ 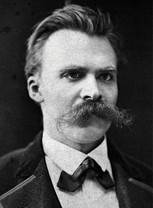