For some reason the banks are talking down the stock and bond markets with many incredible predictions of Fed interest rate increases.  As we noted in last week’s column, some banks are even projecting seven rate rises this year.

All this damage from doing nothing but threaten? That’s a WOW!

*Note on the BLS Non-Farm Payroll Report for January 2022:

For the BLS to report +467,000 seasonally adjusted jobs is 100% subjective … a guess!  That number is constantly adjusted throughout the first half of the year.  An alternative measure of employment, based on a survey of households, fell by more than a quarter-million. And economists warned that measurement issues and other quirks made the January jobs data difficult to interpret.

This projecting of Fed rate increases in the future (without any corroboration) is new because it’s building momentum for anticipated rate hikes months before the widely expected 25 bps Fed Funds rate increase in March.  Some Fed bank presidents (i.e., Minneapolis, San Francisco, Philadelphia) even suggested the possibility of 50 bps rate increases to combat inflation but none of that is even close to a guarantee!

Meanwhile, the Fed is still buying U.S. government and mortgage debt for their own account ($8.873 Trillion of assets) with printed money (aka “keystroke entries”).  It remains to be seen if that will stop after the March 2022 FOMC meeting.

Despite the manipulated jobs numbers, the economy is slowing.  The widely followed Atlanta Fed GDPNow model estimate for real GDP growth (seasonally adjusted annual rate) in the 1st quarter of 2022 is 0.1% as of February 1st - unchanged from January 28 after rounding.

Also, the University of Michigan’s Final January 2022 Index of Consumer Sentiment dropped to a New Ten-Year Low, with January 2021 holding the distinction of being the trough for both the decade and since the start of the pandemic.  Its Index of Consumer Sentiment was at 67.2 which was a year over year drop of -14.9%.  The Current Economic Conditions Index came in at 72.0 for a year over year decline of -17.0%.

NOTE:  CONSUMER SPENDING COMPRISES ~ 70% of U.S. GDP as the retail and service industries are critical components of the U.S. economy. Obviously, consumer sentiment is a leading indicator of consumer spending.

Last week the Bank of England said that “UK families are about to suffer the biggest fall in living standards since comparable records began three decades ago. Its new forecasts say that disposable incomes (post-tax labor income, after inflation) will shrink by 2% this year, and by another 0.5% in 2023.”

That’s another WOW!  Look at the huge discrepancy between the U.S. and the UK economic forecasts - a recession in the UK vs up to seven rate increases in the U.S. where no recession is forecast?

Those are 180 degrees different or poles apart.  How this plays out is anyone’s guess?

It seems odd to me that I seem to be the only one pointing out the real facts about U.S. jobs and the real economy.  To wit, I offer this quote: 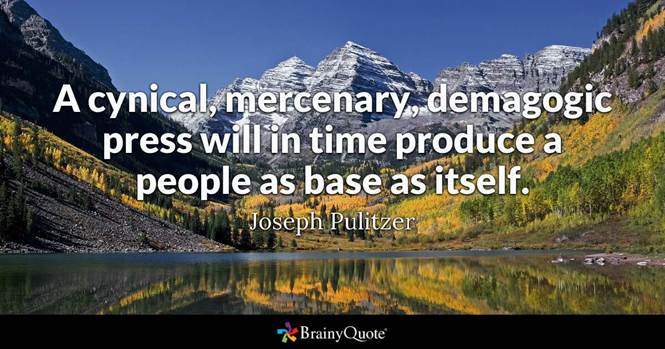