This is a follow up to our recent post analyzing the U.S.-China trade agreement (Victor insists I note it is NOT a treaty or a law nor related to the U.S. constitution).

China’s economy grew by 6.1% last year, slower than 6.6% the previous year and its slowest rate in 29 years.  But it was well within Beijing’s target range so financial markets weren’t shocked.

The world’s second-largest economy grew 6% in the 4th quarter of 2019, despite fears that the domestic struggle with bad debt and the trade war with the U.S. would result in further deceleration.  Instead, investment picked up for the first time since June 2019.  Industrial production growth in December perked up to 6.9%, retail sales rose 8% and fixed-asset investment in the 12 months expanded 5.4%.  The surveyed unemployment rate ticked up to 5.2% in December from 5.1% in November, signaling that the manufacturing-led slowdown in 2019 may be filtering through to the labor market.

“2019 was the year when the Chinese economy’s transition toward a less credit-intensive model was tested by downward pressure,” said Cui Li, head of macro research at CCB International Holdings Ltd. in Hong Kong.  “The new growth model implies more investment discipline, an increase in return to capital, and better control of risks,” Li added.

A Goldman Sachs analysis of China’s policy stance found that easing in the past two years was only about half that of 2015 and 2016, despite growth slowdowns of similar magnitudes. In 2008 and in the years after the global financial crisis, China unleashed a stimulus binge that led to one of the fastest buildups of debt in history.

Official China bank lending consistently expanded at more than double digits last year on top of an enormous base (see graph and further details below), outpacing nominal GDP growth by more than it used to, said Derek Scissors, chief economist at the China Beige Book International.

While restrained stimulus slowed the buildup of debt last year, Bloomberg Economics says it’s still on track to reach more than 300% of gross domestic product by 2022, from 276% at the end of 2018.

Reuters reports that new bank lending in China hit a record of 16.81 trillion yuan ($2.44 trillion) in 2019 as the central bank eased policy to support the domestic economy.

Chinese banks extended 1.14 trillion yuan in new yuan loans in December, down from 1.39 trillion yuan in November and falling slightly short of analyst expectations, data from the PBOC showed on Thursday.  Outstanding yuan loans grew 12.3% from a year earlier, a notch below 12.4% growth forecast by analysts and November’s pace, which was also 12.4%.

There’s also a lot of off-balance-sheet debt, otherwise known as shadow debt, which the Chinese government has been cracking down on over the last three years.

“Growth in outstanding broad credit was unchanged last month as a slowdown in bank loans outstanding was offset by an easing contraction in shadow credit,” Capital Economics said in a report.

With recent easing measures having little impact so far on credit growth, that could strengthen the case for additional rate cuts, the research firm said.

Though optimism over the U.S. – China trade deal prompted some economists to revise up forecasts for 2020 recently, expansion is still expected to decelerate again this year to 5.9%, according to a Bloomberg survey.

Despite the U.S. – China phase 1 trade agreement, Chinese manufacturers still labor under U.S. President Donald Trump’s higher tariffs on about $360 billion of their goods, which are an unprecedented assault on China’s dominance of the global supply chain.

Bloomberg Economists Chang Shu and David Qu had this to say about the trade deal:

The signing of the ‘phase-one’ trade deal takes China out of the most turbulent waters, but it will hardly be smooth sailing ahead -- sizable U.S. tariffs will continue to weigh on the external sector, and sentiment is weak. Fiscal and monetary policy still need to provide cyclical support. However, we think the authorities will start to look beyond the cycle, with a view to maintaining robust growth over the medium term.

In an email to this author, a Bloomberg reporter wrote “It doesn’t add-up”:

The Trump administration’s “monster” trade deal with China helped drive global stocks to records and push currency volatility to all-time lows. But the accord excludes $50 billion of U.S. exports and there are doubts China can buy the required $95 billion extra in commodities. And trade is only a small part in the competition with China that Secretary of State Mike Pompeo warned will require “every fiber” of America’s “innovative spirit.”

“Rhetoric became reality last year,” said Andrew Batson, head of research at research firm Gavekal Dragonomics in Beijing. “We had a deepening slowdown in the domestic economy last year and unprecedented pressures on the external front from the trade war with the U.S. In the face of all that, the Chinese leadership actually did very little.”

Here’s Politico’s opinion - The U.S.-China Trade Deal Was Not Even a Modest Win:

At best, the Phase I agreement modestly revises the status quo before Trump came into office. Nothing that China has agreed to departs markedly from what it agreed to during the Obama administration.

That was not at all sufficient for many China hawks, both Republican and Democrat. Trump, with his conviction that trade deficits were a sign of weakness and of the United States being ripped off, helped those voices, which were in danger of being marginalized as the two countries continued to negotiate and increase the amount of reciprocal trade, rise to the fore.

After two years of tariffs and mounting hostility, however, the agreement struck has cost the United States more than $30 billion to subsidize American farmers to compensate for Beijing’s retaliatory refusal to buy American agricultural goods. It has cost American consumers tens of billions in tariffs. It has forced U.S. companies to diversify their supply chains out of China at an additional cost of many billions. Many of those companies were beginning to consider China alternatives before 2017—China is no longer the lowest-cost producer—but having to shift those supply chains under duress added vast unnecessary expenses.

The Phase I agreement barely restores China’s agricultural purchases to where they were before 2017, even as that is presented as a victory. If one of your main customers boycotts you and then agrees to start buying again but buying less, it would be disingenuous to announce that they had promised to buy more. Similarly, China agreed to do what it had already agreed to do in 2015 on intellectual property, except now in 2020, it is spending far more money domestically on its own intellectual property, on 5G telecommunications, artificial intelligence and cybersecurity. Agreeing to honor U.S. intellectual property in 2015 meant some real trade-offs for Chinese companies; in 2020 that’s like agreeing to stop manufacturing biplanes in a jet engine age. Chinese companies, fueled by government priorities, are plunging ahead with their own innovation in order not to be as linked or dependent on the United States going forward. China conceded on intellectual property because it now cares far more about developing its own than stealing from the United States.

And that gets to the core failure: The United States has fundamentally misread the relative strengths of both itself and China. It has acted as if Chinese exports to the United States are the key driver of the Chinese economy and hence tariffs are a potent weapon. As underscored by a recent McKinsey study, in fact, China has been aggressively, purposefully and successfully shifting from an export-driven economy to a consumer-driven one. Much of the gain of exports accrues to the multinational companies that source in China and not to the domestic Chinese economy, and more and more Chinese manufacturing activity is geared toward its own vast internal ecosystem. Tariffs certainly stung, but their greatest impact was not economic but rather as a signal to Beijing that the United States was no longer a reliable economic partner.

The trade war and the paper-thin truce codify a new order that will see ever less American leverage going forward. By focusing on the abuses of the past, the United States has failed to meet the challenges of China going forward. It has declared victory in a war that it started over issues that matter less and less. It is not just a hollow victory—it’s no victory.

In other China news that may affect the global economy, or world markets:

1.  Chinese births hit their lowest level in 58 years in 2019, dropping 580,000 from 2018.  Longer term, such demographic trends will drag on China’s potential economic growth rate.  That’s certainly happened in Japan during the last two “lost decades” as the population aged.

2. The U.S. has sailed another guided-missile destroyer, the USS Shiloh, through the Taiwan Strait, prompting the Chinese Foreign Ministry to send a warning statement regarding respect of its territorial integrity. 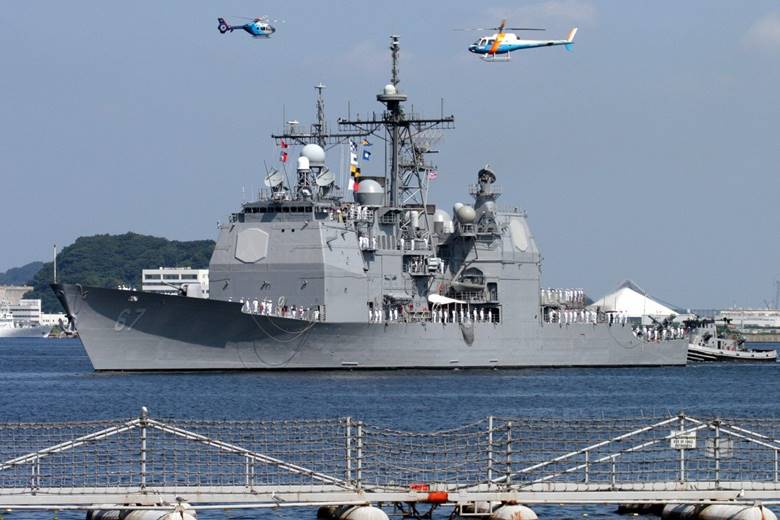 “The issue of Taiwan is about China’s territorial integrity, and the most important and sensitive issue for China-US relations,” Geng said, adding the US should abide by the one China principle.

Joe Keiley, a spokesman for the US 7th Fleet, on Friday said the USS Shiloh conducted a “routine Taiwan Strait transit” in a demonstration of “the US commitment to a free and open Indo-Pacific.” “The US Navy will continue to fly, sail and operate anywhere international law allows,” Keiley added.

Taiwan’s defense ministry said in a statement that the US warship was on a general navigation mission when it sailed north, from the southwest of the island, through the strategic waterway separating Taiwan from mainland China.

The US has increased the frequency of its Taiwan Strait transits in recent years despite Beijing’s protestations, with at least nine passages through the waterway last year. One of the most recent included the guided-missile cruiser USS Chancellorsville sailing through the strait in November, in what the US Navy said was a demonstration of “the US commitment to a free and open Indo-Pacific.”

Ayhan Kose, the World Bank’s lead economic forecaster, warned in a report forecasting weak global growth in 2020:  “Such large waves of debt borrowing tend to have unhappy endings and that low interest rates may not be enough to offset another financial meltdown.”

“Low global interest rates provide only a precarious protection against financial crises.  In a fragile global environment, policy improvements are critical to minimize the risks associated with the current debt wave.”