Why America is in a Steep Decline - Part I

Disclaimer:  The opinions in this post are exclusively that of Victor Sperandeo.  The Curmudgeon is not knowledgeable enough to comment on this problematic topic.

This is the first of a two-part article. We hope to complete part II early this coming week.

For several years now, I’ve been stating that the U.S. is in a prolonged, steep decline – morally, spiritually, politically, and economically. We are doing the exact opposite of what the analysis of liberty says creates wealth.  Liberty is the basic principle of what enables wealth to be created and nations to prosper.

Sadly, the status of liberty in the U.S. has greatly deteriorated in recent years.  That’s primarily due to politicians in power that put their donors’ interests ahead of their constituency and the Fed serving its masters rather than doing what’s right for the American people (main street).

Greek Philosopher Aristotle maintained that moral virtue is the only practical road to effective action.  Aristotle had taught that happiness is “not a state of mind” but is rather “an activity in accordance with virtue.”

The answers to the world’s problems are not new and have been repeated many times in history. The reason we can answer these recurring problems is “HUMAN NATURE.” It never changes.  Shakespeare's plays reveal that no matter how much language, technology and mores have changed in the past 400 years, human nature is largely undisturbed.

Of course, variations among people occur, but humans in power act in a similar fashion. Kings act like Kings but have no magic powers.

One of the best analyses of how the economic world works was explained by Scottish economist and moral philosopher Adam Smith in his book, The Wealth of Nations.

[IMHO, it is one of the best five books ever written.  The actual title: An Inquiry into the Nature and Causes of the Wealth of Nations.] 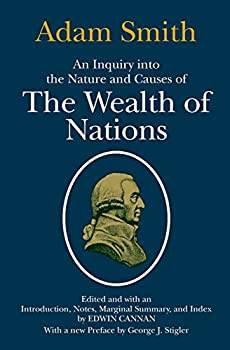 We provide a summary of the book, whose importance was immediately recognized by Smith’s peers, and later economists showed an unusual consensus in their admiration for his ideas.

Retelling Smith’s arduous study and conclusions are best said in his words rather than by me paraphrasing them.  What is important is his research and conclusions being stated in Smith’s own words. So please forgive the quotes, but they are far more omniscient than any rewritten representations by me or anyone else.

Summary of Wealth of Nations:

The Wealth of Nations was the product of seventeen years of notes and earlier studies, as well as an observation of conversation among economists of the time (like Nicholas Magens) concerning economic and societal conditions during the beginning of the Industrial Revolution.  It took Smith some ten years to produce this monumental work of multiple disciplines.  Smith anticipated the writings of Karl Marx. Like Marx's Das Capital and Machiavelli's The Prince, his great book marked the dawning of a new historical epoch.

This book was first published in 1776 – the same year Thomas Jefferson wrote the “Declaration of Independence.”  Smith’s economic views were based on liberty.  America’s Freedom was also based on liberty through the U.S. constitution.

Combining economics, political theory, history, philosophy, and practical programs, Smith assumes that human self-interest is the basic psychological drive behind economics and that a natural order in the universe makes all the individual, self-interested strivings add up to the social good.

Smith’s conclusion is now known as “laissez-faire economics” or non-interventionism.  In essence, it is to leave the economic process alone and to use government only as an agent to preserve order and to perform routine functions.

Smith argued that “by giving everyone the freedom to produce and exchange goods as they pleased (free trade) and opening the markets up to domestic and foreign competition, people's natural self-interest would promote greater prosperity than could stringent government regulations.”

His three primary axioms were:

With hard currency acting as a check on spending, Smith wanted the government to follow free-market principles. These included keeping taxes low and eliminating tariffs to allow for free trade across borders. Smith noted that “tariffs and other taxes only succeeded in making life more expensive for the people, while stifling industry and trade abroad.”

The key to understanding the wealth of nations is to talk of the abundance of its PEOPLE.  Adam Smith wrote:

“The State is opulent where the NECESSARIES and convenience of life are easily come at … To talk of wealth of nations is to talk of the abundance of its PEOPLE. Therefore, whatever raises the market price diminishes public opulence and the wealth of the State, and hence it diminishes the necessaries and happiness of the people.”

“A criminal is a person with predatory instincts who has not sufficient capital to form a corporation. Most government is by the rich for the rich. Government comprises a large part of the organized injustice in any society, ancient or modern.  Civil government, insofar as it is instituted for the security of property, is in reality instituted for the defense of the rich against the poor, and for the defense of those who have property against those who have none.”

Benjamin Franklin was asked by a woman (after the men who created the Constitution were leaving the Philadelphia Convention), “What form of government have you given us?” Franklin responded, “A Constitutional Republic, if you can keep it.”

That essence of the last point was that you have to work hard to retain your liberty in order to keep the Constitutional Republic intact.  It also assumed that U.S. citizens must fight diligently to prevent tyrants (or politicians) from attempting to take or steal your liberty and make you into a serf/slave.  Only then can the Constitutional Republic be saved and preserved.

We don’t have to wonder if Fed Chairman Jerome Powell ever read “The Wealth of Nations” or agreed with Smith’s essential discourse.  Of course not! Everything the Fed (and the U.S. government) does is contrary to Smith’s findings!

Instead of pursuing the best policies for the benefit of the nation, the Fed and U.S. federal government have been corrupted to serve their masters (the secret owners of the Fed and the major donors to U.S. politicians who no longer put the best interest of their constituencies first). 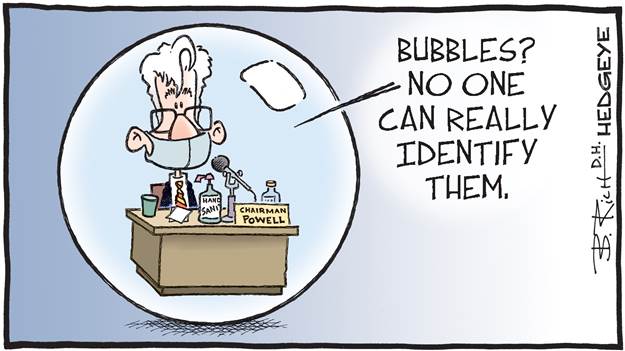 The Wealth of America is in deep decline.  To wit:

Meanwhile, stated U.S. government debt is increasing at 8.71% annually since America went off the gold standard in August 1971. Today, the U.S. spends $16.5 billion a day and incurs a $1.5-2 trillion annual deficit.

Today, we are all poorer due to a politically corrupt U.S. Congress (both houses), President Biden’s “clean energy” policy, and the Fed’s erratic monetary policy.

For sure, the financial health of the U.S. has deteriorated.  We will try to explain more in part II. of this article.