Investors Advised to Prepare for an Upcoming Economic Hurricane

We review U.S. economic highlights this past week, then provide opinions on the Fed and Congress.  Our deep dive into the CBOs Budget and Economic Outlook reveals several interesting forecasts, which we augment with charts from that publication.  Next is an eye-popping chart of U.S. unleaded regular gas prices.  We close with a couple of graphs on money flows into bonds and out of financial stocks.

Please let us know what you think of our work (email the Curmudgeon at ajwdct@gmail.com).

The U.S. Economy Week in Review:

1. Nonfarm payrolls increased 390,000 last month after a revised 436,000 gain in April, a BLS report said on Friday. The unemployment rate held steady at 3.6%, and the labor force participation rate inched higher. The report suggests that employers had success filling open positions in the month and that a recession is not imminent.

Average hourly earnings rose a less-than-forecast 0.3% from April, the same as the previous month. They were up 5.2% from a year earlier, a slowdown from 5.5% in April.

“The jobs report will provide mixed feelings for the Fed, which will welcome the steadier jobless rate, firmer participation rate, and possible softening in wages, while worrying that the economy is still running too hot to convincingly drive inflation back to the target,” Sal Guatieri, senior economist at BMO Capital Markets, said in a note to clients.

The dollar and Treasury yields jumped after the report. Traders were pricing in about 200 basis points of additional rate hikes over the next five Fed meetings.  Victor weighs in on that below.

2.  Strong Dollar is Negative for US Multinationals:

Having already climbed about 10% this year, the US dollar, as measured against a basket of foreign currencies, is hovering near a two decade high. That is shaping up to be credit negative for many US multinational corporations, which expect to take a hit this year as they translate foreign-sourced earnings back to US dollars.

Recently, several prominent US multinational corporations have warned that the strengthening dollar is likely to be a drag on their 2022 earnings. More such announcements are likely, according to Moody’s.

3.  Jamie Dimon, CEO of JPMorgan Chase Bank (JPM), warned of a “Hurricane Coming Our Way.”  He advised people to prepare for an upcoming economic “hurricane.”  At an investor conference on Wednesday Dimon said, “That hurricane is right out there down the road coming our way. We don’t know if it’s a minor one or Superstorm Sandy. You better brace yourself.” 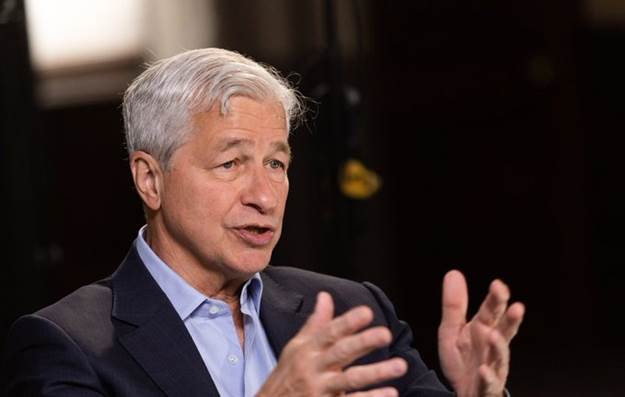 This reminds me of the opening lyrics in the Rolling Stones, “Jumpin’ Jack Flash.”

In my opinion, the Fed crashing the U.S. economy would be a pitiful way to curb inflation (more below). 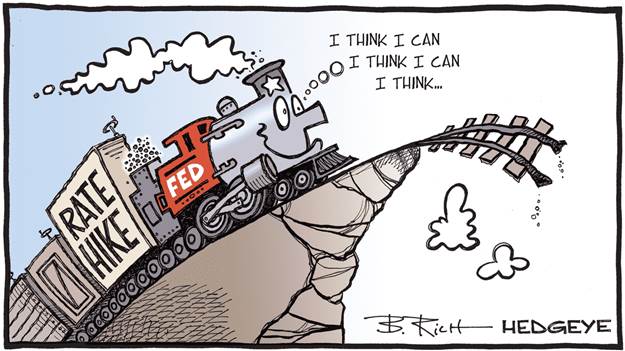 The Fed and U.S. Congress:

Watching the Fed and Congress is like watching a Ringling Brothers Barnum & Bailey Circus clown show.  The Fed does not seem to be concerned about a recession this year or next, despite its increasing probability.

By raising rates and doing some form of Quantitative Tightening (QT), I believe inflation (as measured by the CPI) will decline to a range of 4 to 5% YoY by this November.

As the Fed continues its threats to raise rates by 50bps at upcoming FOMC meetings (with no pause in sight as Fed Vice Chair Brainard said this week) one has to wonder what these bureaucrats are thinking (or smoking)?  Raising rates will NOT resolve supply chain issues or the war in Ukraine, which are strongly contributing to rising prices.

For the first time ever, Victor and the Curmudgeon agree with Congresswoman Alexandria Ocasio-Cortez (AOC) who called Congress a “corrupt institution.” She stated, “It's really wild to be a person who works in a corrupt institution, which is what Congress is.”  She added that it was very difficult to be “surrounded by so much decay and moral emptiness, that transcends (political) parties.”

The Congressional Budget Office (CBO) recently released its US Budget Outlook for the next 10 years, starting with the fiscal year starting October 1, 2022.  While I must read it for business purposes, it’s all terrible fiction – like reading a bad novel.  The report is 143 pages long – enough to lull anyone to sleep.  Nonetheless, it’s interesting to see what the CBO’s official projections are.

First, in the next 10 years ending in 2032, the CBO does not forecast any recessions!   In other words, the CBO believes the business cycle is dead. So, this alone implies the CBO report is nothing more than a “for show” document.

For what it’s worth here are some interesting CBO statistical forecasts: 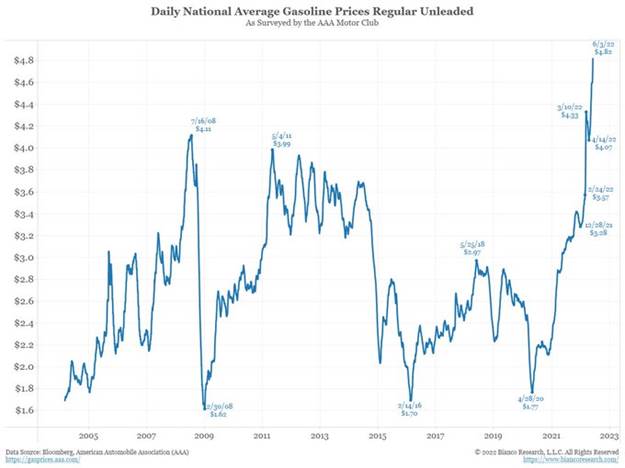 In an interesting divergence, investors have been buying bonds and selling financial stocks (like JPM) for many consecutive weeks.

“When people are least sure (of what they are doing) they are often most dogmatic.”

“There can be few fields of human endeavor in which history counts for so little as in the world of finance.”