To Restore Credibility, the Fed Must Explain Epic Inflation Misread

More quick takes this week.  Enjoy and let us know what you think!

Bloomberg - IPOs Run Out of Steam as Selloff Rattles Global Equity Markets: Deal volume is down by 60% versus a record start in 2021

Initial public offerings have gotten off to a rough start of the year.  Globally, $26.7 billion worth of IPOs have priced, marking a 60% drop from the same period a year earlier. Now, pulled deals are piling up under pressure from roiling markets.

The prospect of interest rate hikes combined with slowing economic growth and geopolitical tensions have set global equities on course for their worst month since the pandemic started. Frothier technology and growth shares, including recent IPOs, have been particularly vulnerable to the selloff as investors flock to cheaper stocks.

“It’s a really tough environment for new listings right now,” said Andreas Bernstorff, head of European equity capital markets at BNP Paribas SA. “Many investors are grappling with their portfolios turning negative and the rotation into value is depressing appetite for the growth stocks that dominated the IPO market last year.”

The CBOE Volatility Index (the VIX) has surged 60% this month, a red flag for new share sales. 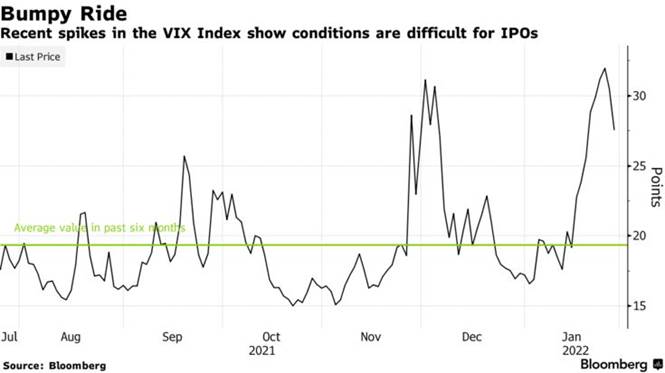 Falling investor demand and rocky markets have caused the value of scrapped IPOs to almost double worldwide from a year ago, hitting $6.2 billion so far. Another recent casualty was South Korea’s Hyundai Engineering Co., which pulled its $1 billion listing on Friday after failing to draw demand at the valuation it wanted.

What would you pay for fixed-income assets now if you knew that the biggest holders would become forced sellers later?

Some central banks say that rate hikes are coming, but their extraordinary reluctance to deal with actual inflation means it will become entrenched. Not only will policy makers have to raise rates more than they envision, but they will have to cut the size of their massive balance-sheet assets, too. Don’t expect that the process will be anything other than awful for risky assets of all stripes.

Short rates will of course need to rise. That is problem enough for markets, but the bigger problem comes from the trillions of dollars of assets that central banks have accumulated on their balance sheets. Taken together, the Fed, ECB, Bank of Japan, Bank of England, and Swiss National Bank have some $27 trillion of assets. In 2007, before the global financial crisis, the combined total was a little more than $4 trillion. Central bank assets will stop growing this year, undermining a major source of support for all types of bonds. But if inflation remains persistently high, central banks won’t simply be able to let their assets roll off as they mature, as most assume. They will have to start selling them. That is the big problem.

Chris Whalen, chair at Whalen Global Advisors asks: “Why do Fed officials think that they can shrink their portfolio without triggering another liquidity crisis?”

Fed rate hikes work via bonds, credit, FX, and equity markets to tighten financial conditions and slow growth. Bulls need to understand that if markets don't respond or rally back to highs = NO tightening. In the last two cycles FC have tightened over 2%. We haven't even started (tightening) yet!

The Fed Is Playing with Fire, by Stephen S. Roach:

By now, it is passé to warn that the Federal Reserve is “behind the curve” in fighting inflation. In fact, the Fed is so far behind that it can’t even see the curve and may have to slam on the policy brakes to regain control before it is too late.  The problem, of course, is inflation.

The inflation rate as measured by the Consumer Price Index reached 7% in December 2021. With the nominal federal funds rate effectively at zero, that translates into a real funds rate (the preferred metric for assessing the efficacy of monetary policy) of -7%.  That is a record low.

Only twice before in modern history, in early 1975 and again in mid-1980, did the Fed allow the real funds rate to plunge to -5%. Those two instances bookended the Great Inflation, when, over a five-year-plus period, the CPI rose at an 8.6% average annual rate.

Today’s Fed is playing with fire. The -3.1% real federal funds rate of the current über-accommodation is more than double the -1.4% average of those three earlier periods. And yet today’s inflation problem is far more serious, with CPI increases likely to average 5% from March 2021 through December 2022, compared with the 2.1% average that prevailed under the earlier regimes of negative real funds rates.

All this underscores what could well be the riskiest policy bet the Fed has ever made. It has injected record stimulus into the economy during a period when inflation is running at well over twice the pace it did during its three previous experiments with negative real funds rates.

The Fed’s dot plots, not only for this year but also for 2023 and 2024, don’t do justice to the extent of monetary tightening that most likely will be required as the Fed scrambles to bring inflation back under control. In the meantime, financial markets are in for a very rude awakening.

Mohammed El-Erian’s advice to the Fed (who did not take it):

More bluntly, the Fed needs immediately to stop its asset-purchase program, guide markets towards expecting three and possibly more interest rises this year and bring forward to March the announcement of plans to reduce its balance sheet. It also needs to explain how it has managed to get its inflation call so wrong and why it is so late in reacting properly. Without that, it will struggle to regain the policy narrative and restore its credibility.

To make all this credible, Fed officials must also come clean on why they so badly misread inflation for so long (as noted before, I believe this will go down in history as one of the central bank’s worst inflation calls) and explain how they are now better at incorporating a broader set of bottom-up indicators into its macro modelling and forecasts. This is what I believe the Fed should do. I worry that it won’t, however.  (THEY DIDN’T!)

Judged in terms of risk scenarios, the threat to society is one of a persistently slow Fed being forced later this year into an even bigger bunching of contractionary monetary measures. The result would be otherwise avoidable harm to livelihoods, greater financial instability, a higher risk of domestic stagflation and a greater threat to global economic and financial wellbeing.

A market crash will depend on which bit of the equation investors got wrong, by Merryn Somerset Webb:

Proper bubbles involve people convincing themselves that a high-profit, low-inflation environment will be permanent.  Such a bubble can only develop if investors do not assume cyclical normality but instead manage to convince themselves (against all historical experience) that it is possible for a high-profit, low-inflation environment to be permanent. This always ends badly. Think 1901, 1921, 1929, 1966, 2000, 2007, briefly 2020 and possibly right now. The only question is how fast it ends badly. 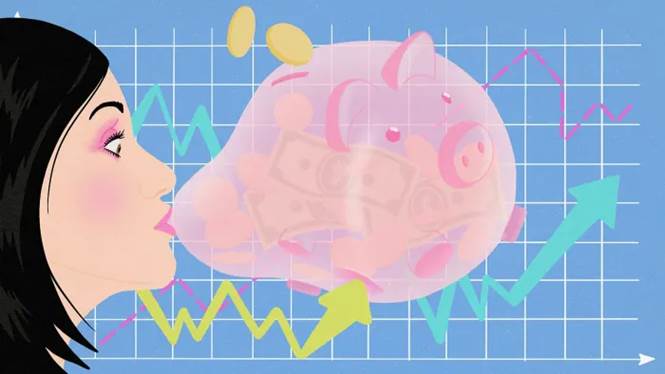 The Federal Reserve, under pressure from the inflation itself and possibly also from polls suggesting that said inflation is not helping President Joe Biden, is now changing tune (no more “transitory”). Nick Chatters, investment manager at Aegon Asset Management said “there is a reasonable probability of seven rate hikes this year, one at each meeting. That could cause investors to fall off chairs.” Illusion-shattering stuff.

It also leaves investors with little choice: if the Fed holds this line, they should surely not buy dips but sell rallies — at least when it comes to their most expensive holdings.

The stock market is spectacularly overvalued. Stock ownership is the broadest in the history of humanity, both in the U.S. and abroad. Research is derided, while passive investing is lauded as the road to riches: Just buy funds comprising indexes and ignore the relative health of component companies.

In 2009, there was one crypto coin. Now there are thousands of them, mostly just clones of the original.

Credit spreads are the lowest in history, and in some cases negative. European junk bonds recently had lower yields than U.S. Treasuries.

Similar conditions have appeared in a few rare instances in history and — although past episodes have been far smaller in scope than at present — they have always led to a substantial crisis in the financial system. 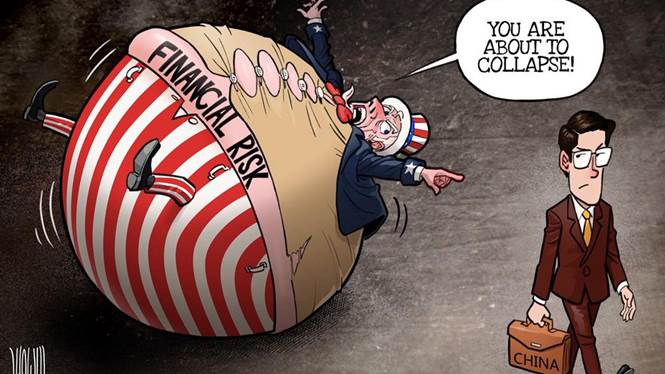