Inflation versus the Fed; AI Unicorns in 3Q-2021; a Flipping Home Fiasco

We first look at persistent U.S. inflation vs potential Fed interest hikes.  Next, our ongoing bubble watch examines the mania in AI start-ups (perhaps the biggest bubble of them all – rivalling the 1998-2000 dot com boom/bust). Finally, a major home flipping fiasco by one big real estate iBuyer (a real estate company that buys and sells properties through technology such as the Internet accessed via high speed computers).

CPI vs the Fed:

Core CPI soared in October, up 4.6% yoy with a broadening of price pressures. High prices are eating away at wage growth with real wages still negative for most workers.  Last week’s 6% headline CPI reading pulled rate hike expectations forward some more, but the market expects only 2 or 3 hikes in each of the next two years, driving Fed Funds to 1.5%.

B of A believes that Fed Funds could go higher than that.  The double-whammy of a cost and wage push into prices is likely leaving the Fed uncomfortable. The risks of earlier hikes – next summer, if not before – are on the rise.

First, with higher inflation the Fed needs to hike more to get to a neutral real rate. Second, hiking late should mean hiking more in order to combat the additional overheating in the economy. Third, problematic inflation will make it harder for the Fed to stop hiking even if growth weakens.

Looking at the last two cycles isn’t much help as the Fed took a gradual approach and more recently, stopped raising rates as inflation and growth deteriorated. This time around if inflation stays high and comes in above the planned overshoot, the Fed will need to become much more hawkish and either accept a market correction or deliberately induce such a correction. Different situation in Europe, where B of A thinks the ECB could prematurely pull back on asset purchases.

Note: Before we drill down deeper, note the cover story on this month's IEEE Spectrum (the flagship publication of IEEE- the world's largest tech non-profit which standardized WiFi, Ethernet and many other technologies).  "Why is AI so Dumb?"  Here's an excerpt:

AI has suffered numerous, sometimes deadly, failures. And the increasing ubiquity of AI means that failures can affect not just individuals but millions of people. Increasingly, the AI community is cataloging these failures with an eye toward monitoring the risks they may pose.

“There tends to be very little information for users to understand how these systems work and what it means to them,” says Charlie Pownall, founder of the AI, Algorithmic and Automation Incident & Controversy Repository.

“I think this directly impacts trust and confidence in these systems. There are lots of possible reasons why organizations are reluctant to get into the nitty-gritty of what exactly happened in an AI incident or controversy, not the least being potential legal exposure, but if looked at through the lens of trustworthiness, it’s in their best interest to do so.”

Part of the problem is that the neural network technology that drives many AI systems can break down in ways that remain a mystery to researchers.

“It’s unpredictable which problems artificial intelligence will be good at, because we don’t understand intelligence itself very well,” says computer scientist Dan Hendrycks at the University of California, Berkeley.

·        The largest M&A deal of Q3-2021 was PayPal’s acquisition of buy now, pay later startup Paidy for $2.7B — 370% bigger than the next largest deal. Paidy uses machine learning to determine consumer creditworthiness and underwrite transactions instantly. 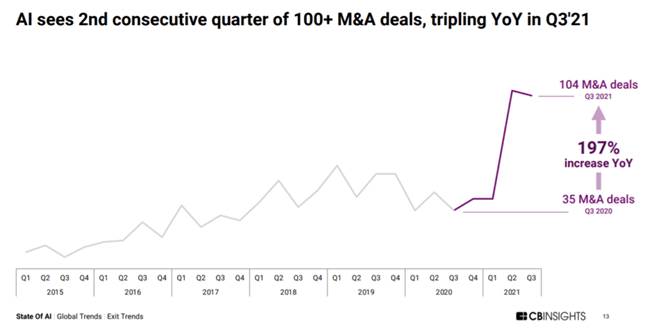 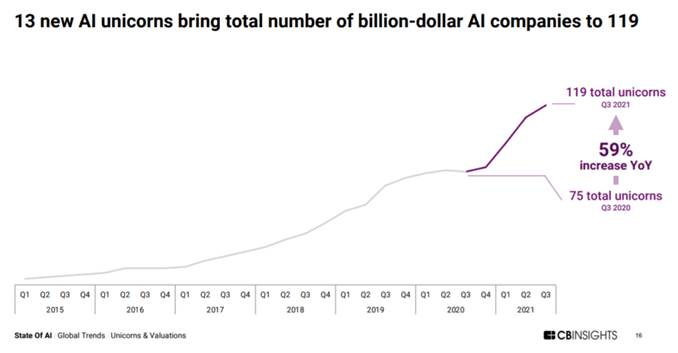 Zillo reports that it’s stuck with roughly 7,000 homes it must sell below cost — a loss that might total a half-billion dollars!  Zillow will quit the buy-quick-sell-quick business, sell off its homes and cut a quarter of its staff. Wall Street wasn’t happy. It slashed Zillow’s stock value by roughly one-third — around a $9 billion markdown.

Zillow made a massive bet its high-performance computers could help it buy high and sell higher as an “iBuyer” — making thousands of quick cash offers on homes in hopes of profiting from fast resales.

Since Zillow’s a publicly traded company, the buying mistakes they made throughout 2021 had to be disclosed to its shareholders. Not every real estate investor — iBuyer or not — has similar obligations to admit to such transgressions, if committed so we really don’t know how many home flip failures have occurred this year.

However, Investors trying to make a swift buck may be badly overpaying for homes.  At a minimum, Zillow — arguably the most aggressive homebuyer — has left the game. It’s a good bet other investors will learn from Zillow’s missteps and be more cautious.  That means fewer highly motivated buyers, which could cool housing’s feeding frenzy — both in how many bids are made for homes and how much money is in those bids. 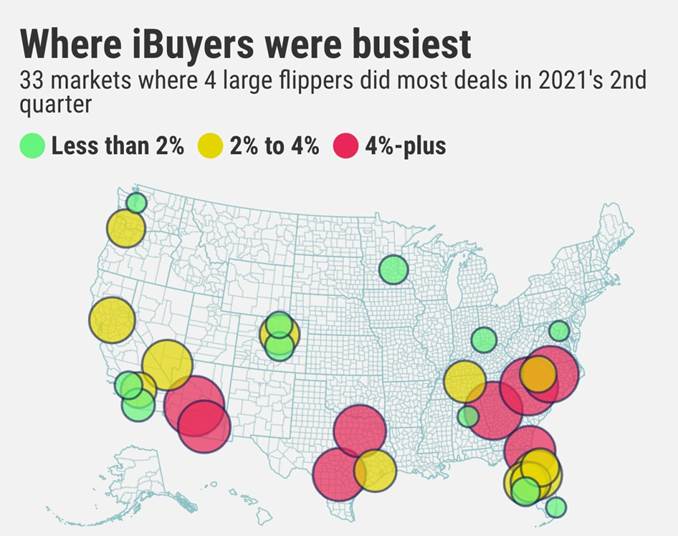 Author Jonathan Lansner doesn’t recall seeing such a level of over zealousness by a home buying speculator in in any previous real estate cycle. The liquidation will involve Zillow’s entire 18,000-home inventory. Buyers will likely be large investors scooping up homes in bulk and converting them to rentals. So, listing-starved house hunters won’t likely see any wave of “for sale” signs anywhere soon.

Zillow’s fall is a clear warning sign that some things don’t change. “Buy high, sell higher” is a dicey concept.

“What we do know is that speculative episodes never come gently to an end. The wise, though for most the improbable, course is to assume the worst.”  John Kenneth Galbraith