95% of Financial Media Content is Either Wrong or Irrelevant

Victor and I are taking it easy on Father’s Day (June 20, 2021), so today’s post will be shorter than usual and without our comments and incisive analysis.  The title of this post is from a quote by Prof. Steve Hanke (see below).

We hope you enjoy the quick takes on the markets via quotes and charts from this week.  Vote for the chart or quote you like best by sending email to the Curmudgeon:  ajwdct@gmail.com

Quotes of the Week:

The Federal Reserve is risking its credibility by keeping monetary policy so loose and allowing inflation to grow in a way that may not be temporary, Paul Tudor Jones told CNBC on Monday.

“It’s the craziest mix of fiscal and monetary policy since the Federal Reserve Board was created.” And what we like best:

“Why are so many media outlets (i.e., the mainstream media) promoting narratives they know are false, because it plays to their audience?”

“The bond market has bought into this Fed narrative hook, line, and sinker. The bond market is not showing up with inflation signals whatsoever.  All I can say is that these people are really going to get their fingers burnt badly unless they are fast on their feet. You don't want to be long bonds now. This is almost insanity now, I would say. Because of the fact that inflation is baked into the cake, we know that if you know anything about monetary economics.” 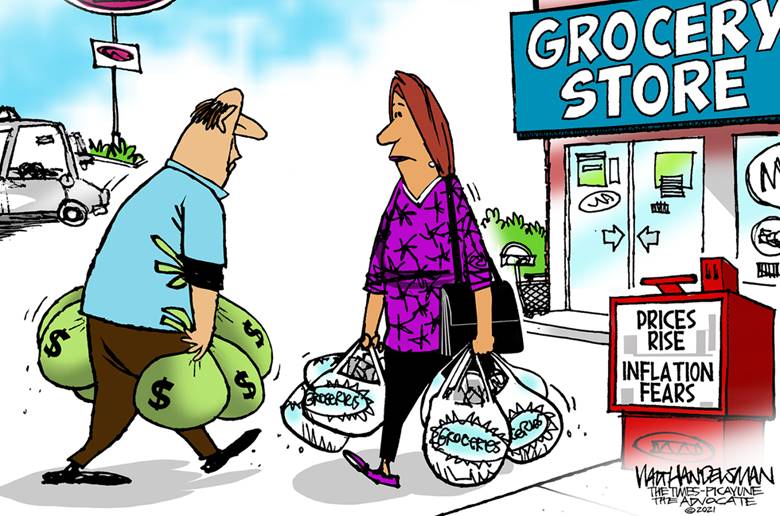 “The problem is that part of it is institutional memory. You have a lot of young folks who are trading that have no memory of anything and they never learned monetary economics.

95% of what you read or watch in the financial media is either wrong or irrelevant.  The media talks about everything under the sun that's temporary, including the fiscal spending, etc. etc. But they never talk about the money supply. Money is what matters - money dominates!"

“Coherent thinking is interested in how things are related; where they come from, where they go, and the mechanisms by which they affect each other. Incoherent thinking is a world of magic, loose theory, and superstition; where things pop into existence, vanish without a trace, and are somehow related without any need to carefully describe cause and effect.

Much of what passes for economic and financial analysis is incoherent. I’ve chosen that word carefully. The problem is not that the beliefs of investors are “less true” than they think. It’s that many of the most commonly repeated phrases don’t mean anything close to what investors think they mean. It’s that many of these belief systems are inconsistent, confused, or rooted in false premises. They are incoherent in the same way that it’s incoherent to debate how many pine trees are planted at the edge of the earth, how many aardvarks you need to start a thunderstorm, or how the gold coins in the pot at the end of the rainbow are invested.” 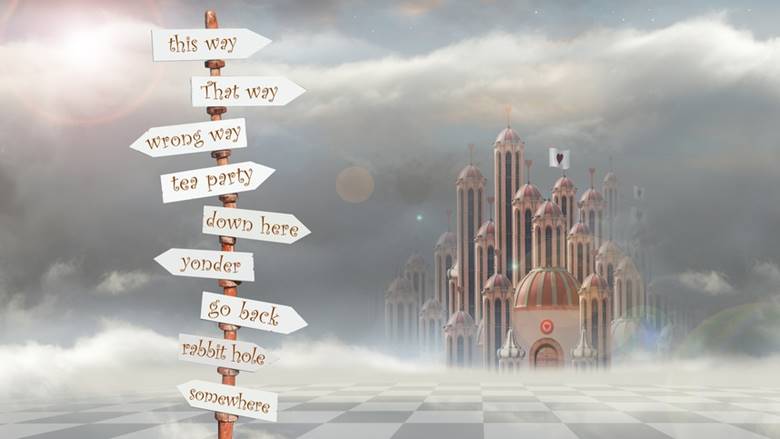 “Bringing truckloads of fiscal fuel (U.S. federal government’s $5T COVID-19 stimulus packages) to the fire during a supply shock (COVID-19 pandemic) risks creating bizarre bottlenecks such as the ones we are experiencing right now.”

“Inflation has increased notably in recent months. The 12-month change in PCE prices was 3.6 percent in April and will likely remain elevated in coming months before moderating. Part of the increase reflects the very low readings from early in the pandemic falling out of the calculation as well as the pass-through of past increases in oil prices to consumer energy prices.

Beyond these effects, we are also seeing upward pressure on prices from the rebound in spending as the economy continues to reopen, particularly as supply bottlenecks have limited how quickly production in some sectors can respond in the near term. These bottleneck effects have been larger than anticipated, and FOMC participants have revised up their projections for inflation notably for this year.”

With that acknowledgement of rising prices, Powell later said:

Does anyone seriously believe that later statement? Or should it be changed to “providing substantial liquidity for financial bubble markets”??? Who’s kidding whom?

“Is the dot-com bust happening again right under our noses? It might seem an odd claim, but there is a remarkable resemblance between the speculative boom-to-bust of late 1999 and the first half of 2000 and what’s happened over the past nine months in the fashionable areas of clean energy, electric cars, cannabis stocks and SPACs.

If the parallel continues it bodes ill for investors who joined the excesses late. The trendy stocks—led by Tesla—are already down a quarter to a third from this year’s highs.” 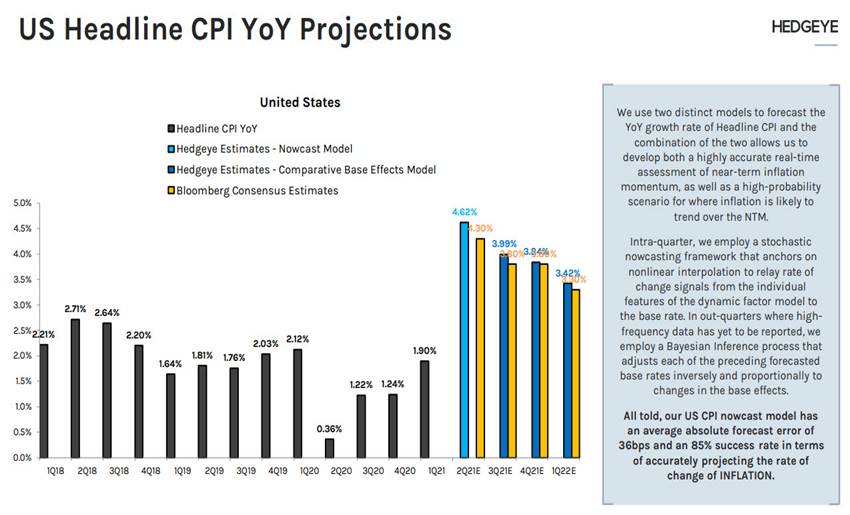 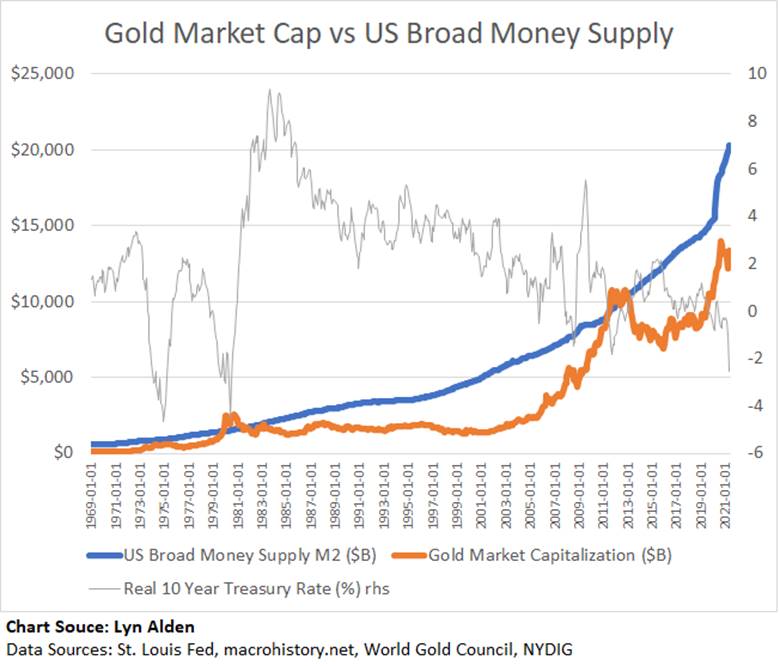 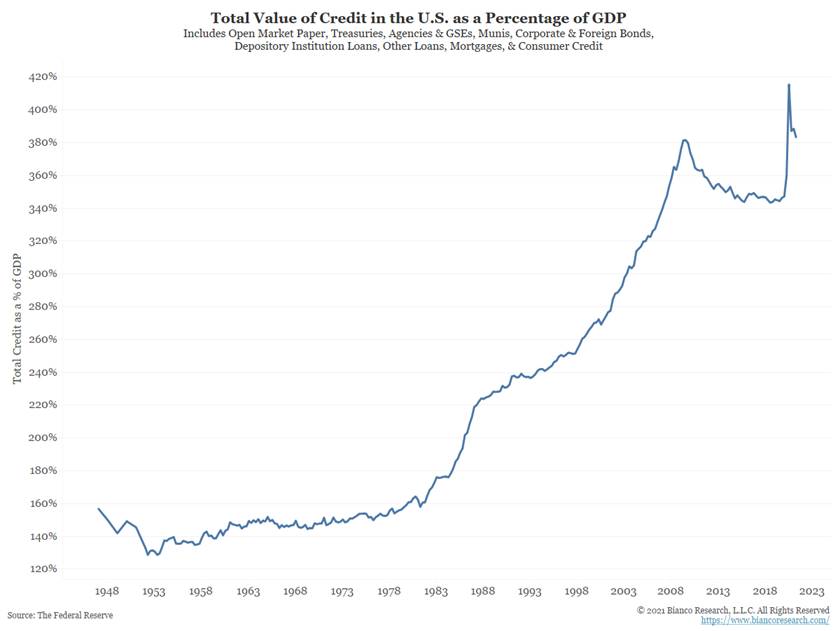 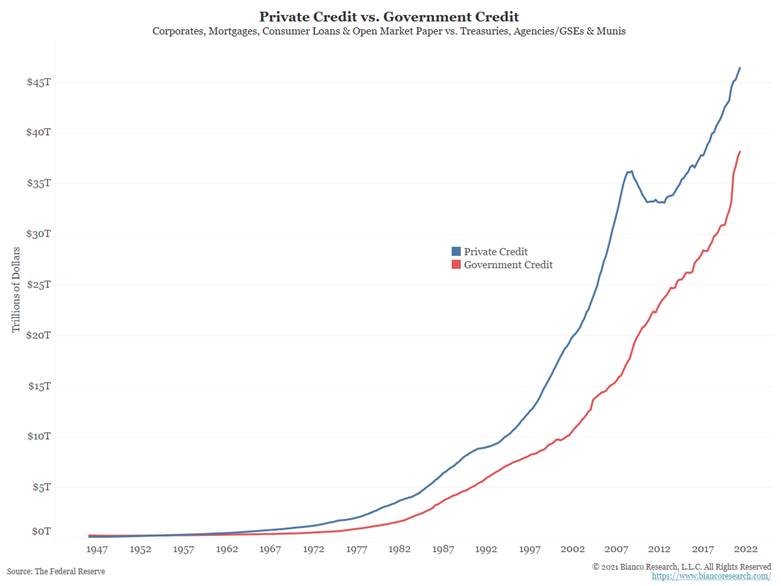 "Bottoms in the investment world don't end with four-year lows; they end with 10- or 15-year lows." — Jim Rogers

Celebrate the end of pandemic lockdowns, be healthy, take care of yourself and each other, and till next time……