To reiterate my strong observations and convictions the U.S. is in a deep decline.  This is not at all reflected in the U.S. stock market, which previously was a leading indicator of the economy.  Instead, it is found in the decrease in individual liberty, the trashing of the U.S. Constitution and the selective application of the law.

The U.S. equity markets are making new highs across the board due to ultra-easy monetary policy and the incredible amount of new federal government spending. The latest example is Congress passing a $1.9 trillion (COVID-19 relief?) bill. More stimulus is likely to come shortly in the Green New Deal (AKA infrastructure spending).

Excessive U.S. government deficit spending is a precursor of future inflation, to a degree not seen since the early 1970’s in my opinion. Yet Fed Chairman Powell is not worried.  He evidently thinks that the rising yields on the 10-year notes and 30-year bonds do not reflect inflation, but rather are a vote of confidence for better economic times ahead.  Do you really believe that?

Milton Freedman would counter with the following:

“Inflation is always and everywhere a monetary phenomenon in the sense that it is and can be produced only by a more rapid increase in the quantity of money than in output. … A steady rate of monetary growth at a moderate level can provide a framework under which a country can have little inflation and much growth. It will not produce perfect stability; it will not produce heaven on earth; but it can make an important contribution to a stable economic society.”

In my opinion, the best indicator of inflation is Copper. This article explains that well.  Copper’s rising trend since February 2021 is depicted in this chart:

BofA Global Research surveyed nearly 150 analysts across the Americas, EMEA, and PacRim covering over 3,000 companies to assess how many are raising prices and/or experiencing higher costs. BofA Global Economist Ethan Harris writes that there are more signs of both cost and price pressures than is normal in the early stages of an economic recovery. The results suggest that inflation is already here, with 61% of global analysts noting companies are raising prices or offering fewer discounts. The U.S. stood out both the survey as well as others reviewed.

Price increases are evident across most major industries:

The four sectors that experienced the most broad-based price increases were Materials (94%), Consumer Staples (88%), Utilities (75%) and Energy (73%), which all rely heavily on commodity inputs.

Indeed, the BofA survey found that the main driver of higher costs is commodity prices rather than labor costs, but not by much.  The America’s and EMEA saw the most broad-based commodity pressures, with respondent shares of 62% for both.  51% of America’s analysts noted higher labor costs.

Until economies reopen, the main source of price pressure is for products in high demand due to the crisis and products that face transportation and distribution problems. BofA says that after cities reopen for business, the drivers of inflation will tend to shift as demand for services surges.

BLS and the Birth Death Model:

Adding gasoline to the equity fire are the unemployment numbers and non-farm payrolls increase, which BLS said expanded at a “seasonally adjusted” 379,000 rate for February 2021.  Of that total, using unseasonally adjusted data, 131,000 (35%) were added by the estimate of the “Birth Death Model” (BDM). Those are the assumed new jobs created by new start-up businesses not counted in surveys. The model was developed in the 1983-1985 period under President Reagan when he cut marginal tax rates materially from 70% to 28%.  Keep in mind in that in a one-year period, the seasonal adjustments correct themselves to the actual numbers.

The employment kicker to this hypothetical increase in jobs is a real head scratcher. It’s seemingly impossible that from March 2020 to February 2021, the number of jobs added from the BDM was (a fabricated) 810,000 jobs!

Moreover, in the lock down year of 2020, the BLS reported that MANY NEW BUSINESSES OPENED, CREATING 68,000 JOBS PER MONTH!  How can that be?

–>What about all the small businesses that were forced to close during that time?

In only three months of the last 12, did the BDM show a net closing of businesses (one month was flat, for job losses). Here is the breakdown for your interest:

What seems to be a peculiar contradiction is that BLS estimates that 9 million small businesses will permanently close.  That’s out of the 30 million estimated total small businesses.

If you research anywhere you can’t find any large number of new businesses opening in 2020!  Indeed, the biggest states were all in lock down mode and could NOT fully open for business.

Here’s a terrific 20 minute video on Detroit and other U.S. cities getting poorer. For more on the decline of Detroit, see here and here.

New York City (birthplace of the Curmudgeon and myself) is now declining and could become another Detroit.  According to the NY Post, nearly half the city’s small businesses remain closed with revenue among those open down 60 percent. In lower Manhattan, office leasing plunged 70 percent last year. Abandoned commercial sites invite squatters, criminals, the mentally ill, all of which accelerates neighborhood decline.

Forbes reported that rents and home prices in the city fell at the fastest annual rate on record in January, largely due to an inventory glut that may take the city’s housing market years to recover to pre-pandemic levels of activity.

Unless there’s significant political, social, and economic change, the entire U.S. may fall into a steep decline like Detroit and now NYC.

We are in tyrannical times, where the U.S. government is blatantly making up what their narrative is desired to be. It is not based on truth, but rather deception.

Sadly, it appears that the U.S. Constitutional Republic [1.], in place since 1788-1789, may be over. The rule of law is virtually gone. The major institutions, like the DoJ, FBI, CIA, and the Supreme Court make up new rules as they decide what outcomes they desire.

Note 1. A constitutional republic is a state where the chief executive and representatives are democratically elected by the people, and the rules are set down in a written constitution. The first U.S. presidential election was in 1788-1789, based on the new Constitution ratified in 1788.

However, there is some hope. Texas, Florida, and smaller South Dakota are in the capitalistic, free state category, and therefore expanding rapidly.

Cycles still are very valid in history. The famous Rothschild axiom “buy when there is blood in the Streets” also applies to government politics, where change is way overdue.  Perhaps, the U.S. government’s blood is in the streets right now?  If so, the U.S. may not be doomed.

As every contrarian understands, change is a high probability from a historical point of view.

1. Politicians make a living lying to get elected... Elton John expressed it best, in his song “LIES.”  Here’s an excerpt:

Some lie in words and speeches

With every living breath

The young lie with their guitars

The old lie for a little respect

I've lied to lie with danger

I've lied for a drug or two

I've lied about most everything

But I never lied to you. 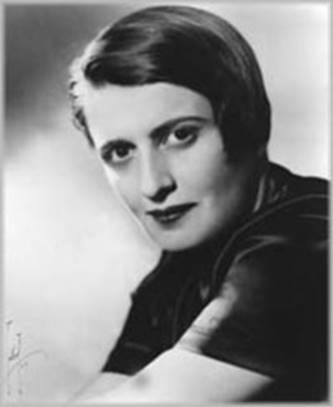 “When you see that in order to produce, you need to obtain permission from men who produce nothing - When you see that money is flowing to those who deal, not in goods, but in favors - When you see that men get richer by graft and by pull than by work, and your laws don’t protect you against them, but protect them against you - When you see corruption being rewarded and honesty becoming a self-sacrifice - You may know that your society is doomed.”

Stay calm, be well, think positive, and till next time…